Tom Clay is barely a teenager when caught poaching in Suffolk, and sent to an Australian penal colony for seven years. Taken on as a shepherd, Tom falls back on all he has learned from his hardened and ruthless father to survive in a dangerous land filled with desperate men.

One of his adversaries is Dan Carver, a murderer. Tom knows how Dan treats any surviving witnesses to his murders and flees to the bush with his dog and an Irish friend, in a perilous chase that can only end in death.

I could easily picture the violent and inhospitable conditions that convicts faced in the era and I understood how dangerous men might go to extremes to endure their punishment. Tom was a likeable character and I enjoyed learning more about him as the author slipped in details of Tom’s life back in Suffolk.

I liked reading about Tom’s poaching skills and how he put them to good use in the inevitable confrontation with Dan. I could also empathise with Tom over his frustrations that no one could teach him about the flora and fauna of this strange land.

Overall, this story is a well-written piece that depicts some of the horrors which, no doubt, faced many of the thousands of men, women and children who were subjected to transportation to the Australian colony.

My father trained me to silence the way he trained his dogs, with food and a cane. Speech, he said, was poison. It scared the game, alerted the gamekeepers and betrayed your friends and family.

Tom Clay was a poacher back in Suffolk. He was twelve when he was caught, tried and transported to New South Wales.

Now, assigned to a shepherds’ hut out west, he is a boy among violent men. He keeps his counsel and watches over his sheep; he steers clear of blowhards like the new man, Rowdy Cavanagh. He is alert to danger, knowing he is a foreigner here: that the land resists his understanding.

The question is: how fast can he learn?

Because a vicious killer named Dan Carver is coming for Tom and Rowdy. And if Tom can’t outwit Carver in the bush – and convince Rowdy to keep his stupid mouth shut – their deaths will be swift and cruel. 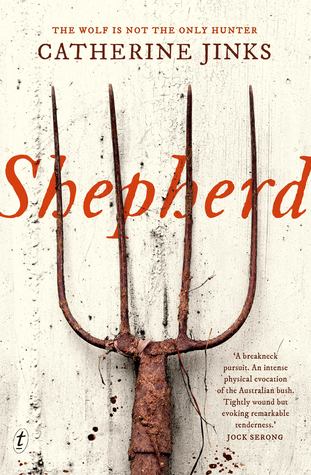