Sandra has been reading A Convenient Fiction by Mimi Matthews. 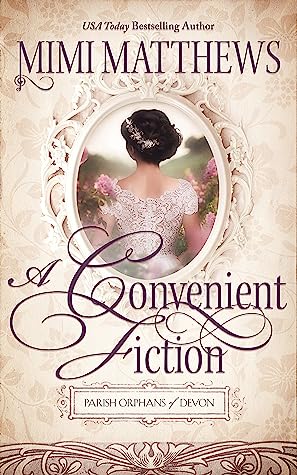 Having thoroughly enjoyed The Work of Art, I was eager to read another of Mimi’s books set in the Victorian era. This is the third in the Parish Orphans of Devon series and is the story of Alex Archer – one of four young orphaned boys connected by a mysterious past that is only revealed a little bit at a time. I have not read the other books in the series but did not feel that this was a problem. While it would be better to read them in order (and I will when my TBR pile goes down a bit), A Convenient Fiction works just as well as a standalone. Set in Surrey in 1860, Alex accompanies George Wright on a visit home in the hope of marrying local heiress, Henrietta Talbot. On the way to the vicarage, he rescues Laura Hayes, whose life he believes is in danger; she is simply practising breathing underwater and is not impressed. Laura is a friend of Henrietta’s and is called on to act as chaperone, and so the four of them spend a lot of time together.

I found the story quite slow to start with, and it was hard to imagine how Alex and Laura could ever be together, but it is testament to the author’s storytelling skills how well she is able to pull this off.  My only slight criticism is the occasional use of US English in a book set in the UK. The characters are well-rounded and believable. There are echoes of the world of Charles Dickens in the thread about the dishonest lawyer, and of Jane Austen in the care Alex takes to help Laura’s aunt and brother. By the time his past is fully uncovered, Alex is revealed to be, ironically, a much better man than George. One of the highlights of the book is the trip to Margate with the bathing machines and the people sitting on the beach using telescopes to admire the bathers.