Cathy has been reading The Paperboy by Diane J. Febry 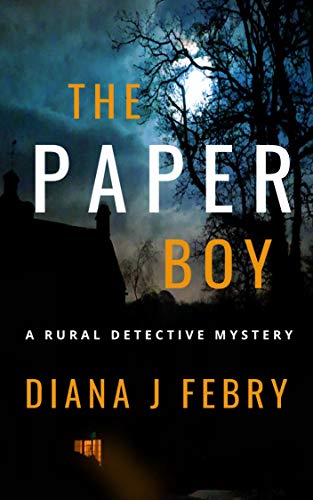 This is a murder mystery with its roots in the past. Amanda Beresford is a single mother with a young son, Freddie. She is struggling to make ends meet and Freddie’s father is no help. While walking in the park one day with Freddie, in a seemingly random attack she is stabbed twice and her attacker flees without being caught.

In the 1990s Peter Hatherall was a young inexperienced police constable who, together with another constable, was sent to investigate the report of a missing boy. Jeff Powell had a paper round which he completed each morning before school, but on that particular morning the school telephoned his mother to say Jeff had failed to arrive. The two young officers were not prepared for what they found at a seemingly deserted and isolated farm near the village of Mickleburgh.

Back in the present, as Peter and his partner DCI Fiona Williams investigate the murder of Amanda Beresford, an old photograph is found at Amanda’s house which raises concerns for Peter. Despite the tragedy in his life at the time and the concerns he raised about the case, which resulted in his suspension, Peter has never completely forgotten his first major case. The doubts he had at the time about the validity of the conviction began to surface. The time has come for Peter to delve deeper into how the case was conducted all those years ago and find the connections between Jeff’s death and the murder of Amanda Beresford.

The look back at the young Peter added to his character development and both his and Fiona’s personal lives have changed over the course of the series. Reviewing the earlier case brings back bad memories for Peter. It also makes Fiona doubt Peter and question the reasons for his decisions. Her trust in him is tested almost to the limit.

A well crafted and intricate plot is written in the third person and comes from various perspectives, introducing several potential suspects, all who had motive. The two threads are woven together well as the investigation begins to uncover evidence and information that was either overlooked or discounted from the original murder. The only thing that didn’t quite gel for me was the later thought processes of the perpetrator, but other than that The Paperboy was another enjoyable addition to the series and I hope there’ll be more with Peter and Fiona. 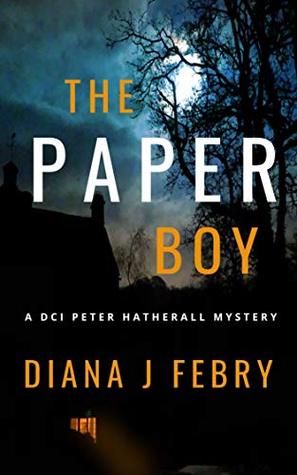