A Midsummer Knight’s Kiss is a medieval historical romance set in the late 1300s.

Rowenna and Robbie grew up together near York, but were separated when Robbie was sent away to be trained as a squire by Sir John Wallingdon. Seven years later, Robbie returned to York, and Rowenna was excited to meet him again. But would he ever see her as more than just his best friend?  Especially when Sir John’s niece had already caught his eye.

I enjoyed the characters in this story. Rowenna was vibrant while remaining Robbie’s loyal friend. The romance built up in believable steps, while I empathised with Robbie’s struggle to remain devoted to Sir John.

I thought the sprinkling of historical data worked well, especially the street riot scenes; I could easily picture the fighting, and they helped to move the story forward at a good pace.

Since her mischief-making childhood with Robbie Danby, Rowenna has curbed her impetuous nature and become a lady. When she meets Robbie again in York, he’s close to claiming his knighthood. Their newly awakened affection inspires in Rowenna a new—decidedly adult—impulsiveness! Yet Robbie’s heart appears to belong to another—unless a midsummer kiss could change everything…? 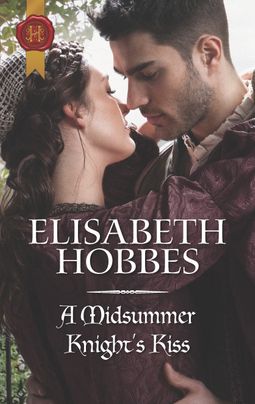