Escape From Behruz by Judy Meadows

Escape From Behruz is a light romance set in the Middle East.

Olivier is an American trapped in the royal palace of Behruz; political unrest makes it a dangerous place to be. Two years ago she was hurt when Rashid, her best friend and lover, abruptly left the country. Now he has returned and is concerned for Olivier’s safety, while hoping he can renew their friendship. However, two years without contact is a long time and he must earn Olivier’s trust once more.

When the rebels attack the palace Rashid helps Olivier, a child and a puppy to safety. This is the chance Olivier needs to escape the clutches of the Sultan and flee the country, but with soldiers everywhere they must look to the mountains for a safe route to Iran.

The first few chapters pulled me into this story; I liked the idea of the setting and the possibilities that the political unrest might have on this storyline. The descriptive detail made it easy to picture the people and their clothing which made it feel like a genuine place.

The story then played heavily on the romance between Olivier and Rashid and lost the interesting suspense and tension that had been created earlier. The pair even became rather childish over a quarrel, which was a disappointing characteristic.

Overall, a light romance in an unusual setting, but the focus on the romance between the pair left the rest of the story behind.

Rashid will help Olivia and the baby she’s been caring for escape the violence in Behruz, but he must guard his heart. He can’t risk being hurt by her again.

Olivia has her own reasons for keeping her distance from Rashid. If he learns that the baby is actually hers—and his—she will lose everything that matters to her.

Their escape involves traveling with nomads across the mountains into Iran. As they trek together by day and sleep beside each other in a nomad tent at night, the attraction that has always drawn them to each other grows ever stronger, Can Olivia survive the trip without revealing her secrets and without losing her heart to Rashid once again? 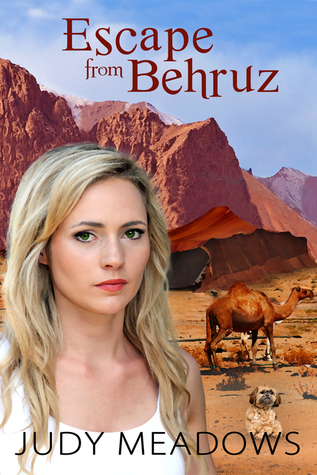