Terry has been reading The Echo Chamber by Rhett Evans 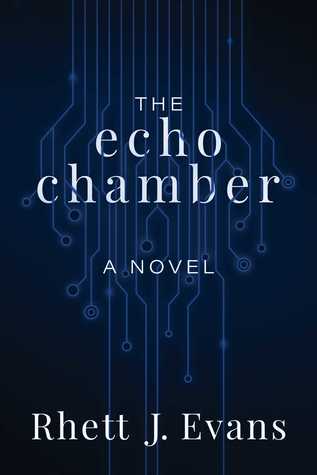 This is a debut novel, and, as I said, I can see that Mr Evans has talent and a great deal to say, but I think he needs to take some time to learn about writing as a reader, and understanding that characters are central to any story – because readers react to what happens in a fictional world because of how it affects the people they’re reading about, not because of the events themselves.  It does, however, have a few stunning reviews, so if you’re madly into tech rather than people, you might love this book.

A Silicon Valley scandal sets off a chain of dystopian events in this topical and twist-laden thriller about virtual heists, social media, and second chances.

Mike is a Silicon Valley wunderkind who stood idly by while his company launched an addicting social media platform that made the world take a turn for the worse. He did nothing when an outrageous tech scandal pushed a polarized country to the brink of collapse. Then, after becoming trapped in a loop of his own memories, he is doomed to watch society fall apart over and over. Only by crossing paths with Charlotte Boone—once Hollywood’s up-and-coming royalty—does a kink appear in the pattern. With a daring heist in both the virtual and real worlds, Charlotte may hold the key to burning it all to the ground: the company, the lying pundits, and the echo chamber itself.