Georgia has been reading My New Superjob by Anton Eine 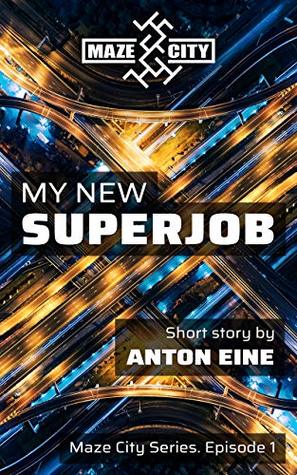 This short story is basically an interview, but one with a difference. Taking place in an unusual setting, which is very well described, Samantha meets Mark who tells her he’s something of an expert in human resources.

What follows is unusual in terms of an interview and revealing in the questions asked and answers given.

I liked it a lot. There was great insight into the characters and the story ended very well so that it was finished off nicely but the reader is left wanting to know what happens next.

Fortunately there is a next as this is the beginning of a series, a promising one at that.

Did you ever want to be a superhero? The city’s defender against crime, violence, and all forms of sicko nastiness?
When one day she stumbled upon a strange help wanted ad claiming that the city was looking for a superhero, Samantha Washington, a former Ranger commander, was sure it was a joke. And she sent in her resume.
Will the ad turn out to be somebody’s dumb idea of a joke, a practical stunt, a cunning maniac’s clever trap, or… a real opportunity leading to a difficult and dangerous future occupation?
Now that she has let herself be drawn inextricably into the chain of events, Samantha will have to figure it all out on her own. And she’ll have to do it face to face with her own deepest fears.