Wanted by the Marshal by Ryshia Kennie

Wanted By The Marshal falls in the genre of romantic suspense and opens in Cheyenne, Wyoming. Kiera Connell is the victim of a violent kidnapping. Her lucky escape leads to the arrest of a serial killer, but while she waits for his trial, Kiera still isn’t safe.

US Marshal Travis Johnson is given the task of keeping Kiera safe so that she can testify in court; an easy job, until his feelings for Kiera grow, as does a new threat to her life.

Written in a style which leant towards telling rather than showing, I found this quite an exhausting read. At times I waded through long paragraphs of practical detail in which the action was painstakingly depicted but did nothing to create suspense or drama. In other places the story skipped over details that I wanted to know more about. More importantly, I didn’t get the emotional connection to the characters that makes a book work for me. They just didn’t feel believable and once you’ve lost your reader, it is very hard to get them re-invested in the story. After giving the book a chance, I rushed to the end as fast as the characters did, just to get it finished.

Overall a light read in the romance genre, but not written in a style that I enjoy or expect from this publishing house.

Can he keep the key witness from harm…before it’s too late?

After escaping a terrifying encounter with a serial killer, RN Kiera Connell lands in the protection of US Marshal Travis Johnson. In order to make sure she stays alive to testify, Travis has to thwart whatever danger comes her way. Normally, for a pro like Travis, that’s not an issue. But focusing on the mission becomes his greatest challenge as Kiera’s exposure threatens to unravel all his best-laid plans. 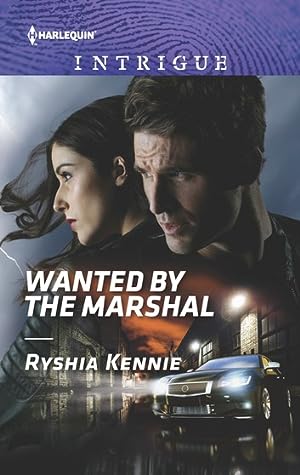