Today’s team review is from Jenny

Jenny has been reading Fool’s Gold by P.J. Skinner 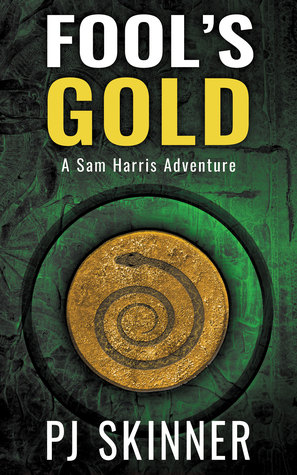 This is quite an exciting book. It is a little like reading the feminine version of Indiana Jones, the early years! Sam, a newly qualified geologist stumbles by chance into her first job after meeting two men in a bar. They know only too well that a keen junior like Sam would be a walkover, and cheap. But, is she as dumb as they seem to think?
Sam jumps at such a great opportunity to work as a geologist in the jungle, even more exciting is the fact that they will be searching for the lost treasure of the Inca’s. Imagine that! What a great start to her career.
However not everything goes according to plan. There is Wilson and Alfredo along with a wonderful mix of characters in this story. Some menacing, some kind and new friendships to be made too. But who should Sam trust….can she trust anyone at all?
Will they find the treasure, is it all a myth. Only one way to find out. Read the story, it will have you gripped till the end.

It’s 1987. Geologist Sam Harris is a woman in a man’s world – naive and underpaid, but resilient and passionate. Desperate for her first job, she accepts a contract with a dodgy entrepreneur exploring for gold in the remote rainforests of Sierramar.

When she uncovers a clue to a treasure buried deep within the jungle, she is sent on an expedition to find it, but one of her colleagues is plotting to seize the hoard and will kill to get his hands on it.

Will Sam find the treasure or will her first adventure be her last?