Olga has been reading Winter Flower by Charles Sheehan-Miles 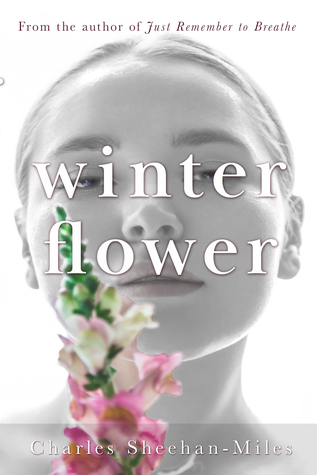 This is the first novel I read by Charles Sheehan-Miles, who is a brand new author to me, although he has published a large number of books, and from the comments, I guess he has a legion of fans that were surprised by this book, as it is not a romance. I cannot compare it to his previous work, but I agree with the warning. If readers from his previous books approach this novel as a romance, they will be shocked, because it is far from it.

This is a long book (over 600 pages long), divided up into four parts, with a prologue set two years before the main action of the book, although there are flashbacks (memories) narrated in the first-person by the four main characters —all members of the same family— that offer readers a good understanding of the background to the current situation and help them get to grips with their circumstances, their pasts, and who they are. This is the story of a family, a married couple and their two children, on the brink of collapse due to a terrible tragedy that took place two years before the action we follow chronologically. Or so it seems. (The truth is a bit more complicated than that). Sam and Brenna, the children (adolescents by the time we met them) are close, and Brenna has always willingly played the role of big sister to Sam, there to protect and guide. Until she disappears. Carrying on without her puts a big strain on a family we soon learn was going through difficulties already (some more out in the open than others), and whose communication had ground almost to a halt. The parents, Cole and Erin, are living example of the “opposites attract” edict, at least from a political perspective (Cole, the father, who as a young man decided formal education wasn’t for him and moved up the corporate ladder at lightning speed, is conservative as can be, while Erin, the mother, a college  graduate, is a convinced liberal who sacrificed her career to look after her children), and although the story opens up with Sam’s narration, we soon get to read their own perspective on the matter and the kind of traps they find themselves in.

This is a story that deals in many important subjects, and it could have been told in a variety of ways, but I am impressed not only by the subjects (adultery and its toll on family relationships, sex trafficking, rape, prostitution, bullying, harassment and violence against the LGBT community, missing youths, the isolation of the trans-gender experience for young people, prejudice and harassment at work…) and the sensitive and enlightening way they are handled, but also by the way the story is told. The author allows each character to tell his/her own story, and that makes us walk a mile in their shoes, no matter how uncomfortable they might feel. I am sure many readers will think, as they read, that they would have never reacted in a certain way, or allowed their circumstances to deteriorate to such an extent, but, do we truly know? Although, as the author reminds us in the final note, the events in the book are far from unique (yes, it is a work of fiction, but many individuals and families, unfortunately, will go through similar experiences to those depicted in the book), many of us will never have been in close contact with somebody in such dire circumstances, much less be directly affected by it, so, how do we know what we would do? The characters are not necessarily the most likeable when we meet them (drinking heavily, harassed, afraid for their lives, paralysed and frozen, unable to make decisions and move on), and they are all closed off from each other, trapped, physically or mentally, sometimes by others and their preconceptions, sometimes by their own fears and inability to grief and forgive. The author also makes a conscious decision to introduce the rest of the family —the parents and Sam— first, so we get to see the effect her loss has had on the family before we meet Brenna, the missing girl. Her situation is heart-wrenching, and the most extreme and difficult to read about, although none of the characters have an easy ride.

Thankfully, the author manages to achieve a difficult balance between telling the story, not pulling any punches, making sure people can understand and empathise with what the characters are going through, while avoiding extremely graphic scenes (both of sex and violence), and gratuitous iterations and repetitions of the abuse, which would risk further exploitation rather than facilitating understanding and empathy. Don’t get me wrong; this is a hard read, and readers with triggers around topics such as child abuse, rape, bullying, violence against women and the LGTB community, and racism need to be aware of it. Even people who don’t have such triggers will find it a tough read, but, on the other hand, this is a book with a big heart, and the individual journey of each character, and of the family as a whole, make for an inspiring and hopeful read.

I have already talked about how impressed I am by the story and the way it is told. I grew fond of all the members of the family by the end of the book (it’s impossible for our hearts not to go out to Sam and Brenna, but we get to appreciate their parents as well), and I particularly enjoyed the journey of enlightenment Cole’s father goes through. The author includes most of the reactions we can imagine to these subjects, from the sublime to the ridiculous, (not everybody changes and accepts either. Bigotry remains alive and well, as we all know), and they all felt true. I was particularly fond of Jeremiah and his wife — almost too good to be true— who are an ideal we should all aspire to. I also liked the fact that the story does not stop when most readers would expect it to, and even Sam makes comments on that. There is no magical happy ending here that just makes everything right again. All the members of the family will have to keep working at their relationship and supporting each other, but that is as it should be.

There were no negative reviews of the book at the time I wrote this, and the only objections (apart from the warning that it is not a romance) some people had referred to were Sam’s virtual game playing (that a reader didn’t feel added anything to the novel. Personally, I think it helps readers understand what life is like for the character and experience the kind of coping strategies adolescents in similar circumstances might use), and some others felt the book could have been shorter and still managed to tell the same story. That might be true, but I suspect some of the nuances would have been lost.

This is an excellent book that manages to combine complex and credible characters with a plot that deals with several difficult subjects, without becoming preachy or too graphic. It is horrifying, touching, and insightful all at the same time, and it makes readers witness the highs and lows of the human condition. I recommended it to readers interested in the subjects, but I advise those who might worry about possible triggers to proceed with caution. The author adds some resources (links to websites) for people who need more information about some of the issues raised in the book, and I thought the final conversation of the book, between Brenna and her grandfather in the garden —when the grandfather talks about the snapdragon, and how it grows back after getting rid of the dead stuff, stronger and more beautiful— stands as a great metaphor for the story, and explains the title. Highly recommended.

A shocking and poignant story of a family on the brink of destruction and the transformational events that could bring them back together—or tear them apart.

Every day, Cole Roberts reminds himself that life wasn’t always this bleak. He was once passionately in love with Erin. Sam used to be an artistic and lively kid. They hadn’t always lived in a shabby two-room house in rural Alabama, where he runs a mediocre restaurant in the middle of nowhere.

That was before Brenna disappeared. It was before Cole lost his job and they lost their home.

Every day it gets worse. Erin drinks wine out of the bottle and spends her days with a tormented expression, searching the web for signs of their daughter. Sam hides in his room and rarely speaks. And Cole works himself to a stupor for a paycheck a fraction of the size of his old salary.

Until one day a phone call changes everything.