Tracing Your Insolvent Ancestors: A Guide for Family Historians by Paul Blake

Tracing Your Insolvent Ancestors is a non-fiction guide for family and local historians.

Much of the book is about courts, different types of debtors and where they were imprisoned.

I enjoy genealogy so this unusual title caught my eye. However, I don’t actually know if any of my ancestors were insolvent at any point. Therefore, I think this book would suit readers who have struck a dead end with their own enquiries and are seeking new research threads.

There were a couple of interesting snippets: the history of the term ‘sponger’, for someone who could not pay their debts and also the story behind the terms ‘John and Jane Doe’. Originally those names were used to keep someone’s real name private, whereas today they often refer to an unidentified dead person.

As with many non-fiction books I found the lists of address and websites for further research very helpful.

Debtors’ prisons are infamous but very little has been written about the records of those confined within them in London or elsewhere in the country. Even less has been written about the trials of those who were often incarcerated following misfortune or mismanagement rather than criminal intent. That is why Paul Blake’s handbook will be so useful for researchers who want to find out about forebears who may have been caught up in the insolvency system.

In a series of information-filled chapters he covers the historical background to the handling of debt and debtors, and bankruptcy and bankrupts. In addition he describes the courts and procedures faced by both creditors and debtors, and the prisons where so many debtors were confined.

Throughout the book details are given of the records that researchers can turn to in order to explore the subject for themselves. Many are held at The National Archives, but others are to be found at local record offices around the country.

Paul Blake’s book will be appreciated by local, social and family historians, as well as those with an interest in debtor crime and punishment, and bankrupts in general. 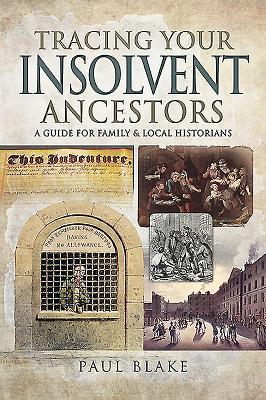