The Road She Left Behind by Christine Nolfi

The Road She Left Behind is a family story about secrets, loves, and losses.

Darcy has been running from her secrets for eight years, but a phone call about her missing nephew brings her back to the family home in Ohio.

Since his mother’s death, Emerson has been raised by his draconian Grandmother (Rosalind), but when he fears she might be due to leave him, he pulls his biggest stunt yet. Darcy’s concerns for her nephew’s disappearance give her the strength to face a mother she hasn’t spoken to since the day she left. As the story evolves, the emotional walls that Darcy and Rosalind have built between them begin to crumble.

I liked the setting for this story and the author provided a range of colourful characters to make the book enjoyable. Once Darcy arrived in Ohio, I eased into the story.  I can’t say I would gush with enthusiasm for it, and I guessed the mystery and foresaw the denouement.  It was well written but ‘safe’ within its genre.

Crushed by guilt over the car accident that killed her father and sister, and torn apart by her mother’s resentment, Darcy Goodridge fled her family estate eight years ago and hasn’t looked back. Now an unexpected phone call threatens to upend what little serenity she’s found. Her nephew, Emerson, who was just a baby when his mother died, has gone missing. Darcy must return home and face her past in order to save him.

Once back in Ohio, Darcy realizes there’s more to Emerson’s disappearance—and to the sudden retirement of her mother, Rosalind—than meets the eye. As she works to make inroads with Rosalind, Darcy begins to unravel a decades-old secret that devastated her family and forced a wedge between her and Michael Varano, the man she left heartbroken when she vanished after the funeral. After carrying the scars of that fateful night for almost a decade, Darcy is determined to find closure, healing, and maybe even love where she lost them all in the first place—right back home where she belongs. 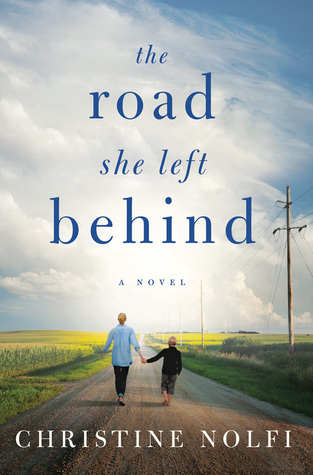