A Runaway Bride for the Highlander by Elisabeth Hobbes

A Runaway Bride For The Highlander is book three of The Lochmore Legacy historical romances.

A set of four books, each steps back into history as clues to a mystery are revealed. Book one began in the Victorian era, book two is set during the Regency years, book three in Tudor times, and the final book is set in the medieval period.

So far we have been introduced to a mystical brooch, an empty crypt and a long standing family feud between two clans.

Book three is set in 1513. Scotland has just been defeated at the Battle Of Flodden. The title of Earl of Glenarris has now come to Ewan Lockmore. Scotland’s noblemen gather in Stirling for the  crowning of the new king and the re-portioning of lands. Lockmore is granted more lands, but it stirs up old feuds with the neighbouring McCrieff clan.

Marguerite Vallon is engaged to Duncan McCrieff, but she fears a future with him. She’d rather take her chances with his rival Lockmore. Stealing the future bride of a man is underhand, but taking the bride of your enemy will surely open old wounds.

This book reveals a little more of the mystery theme which runs through this series and I’m interested to read the last book to get the whole story. The romance works well and this book could easily be read as a stand-alone as well as in sequence.

Lost in the Highlands

Found by the laird!

Part of The Lochmore Legacy: a Scottish castle through the ages! Far from her home in France, Marguerite Vallon escapes her arranged marriage to a man she despises. Stowing away in a stranger’s cart, she finds herself headed deep into the Highlands with Ewan Lochmore, the new Earl of Glenarris! Ewan vows to protect her. But maybe the freedom Marguerite has been searching for can be found with this rugged warrior… 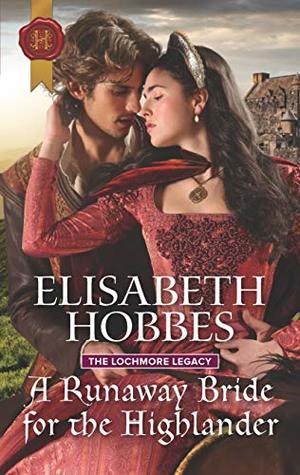