Liz has been reading Passage From Nuala by Harriet Steel 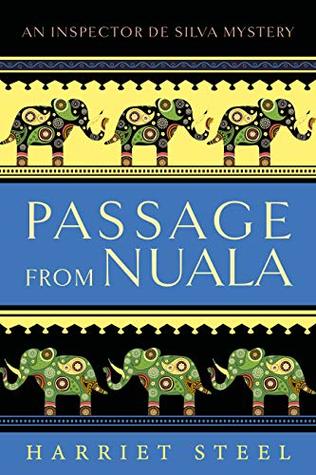 I always look forward to a new book about the investigations of Inspector de Silva and his English wife, Jane, but this time they have left their house and garden in Ceylon to take a holiday cruise to Egypt.  Having made the same voyage through the Suez canal in reverse back in the 1960s I was intrigued to read of their experiences.

The captive population of a ship at sea is ideal for a crime mystery and there are plenty of potential candidates for the murderer in this novel.  There are arrogant wealthy women, a mismatched pair recently engaged, an unhappily married couple, a flamboyant singer and a badly scarred vicar, all hiding secrets. Jane de Silva is a more active participant in this investigation, giving us a more intimate picture of her close relationship with her husband who is in great danger during the book’s thrilling conclusion.  This 6th volume could easily be read as a standalone or an introduction to this delightful mystery series.

Inspector de Silva and Jane embark on a cruise to Egypt to visit the pyramids, excited at the prospect of two weeks of sun, sea and relaxation. With Nuala, and de Silva’s duties as a police officer, far behind them, what can possibly spoil their plans? Then a writer is found dead in his cabin, suffocated by newspaper thrust down his throat. Once again, de Silva must swing into action.
The Inspector de Silva Mysteriesis a colourful and absorbing series, spiced with humour. Set in Ceylon in the 1930s, it will appeal to fans of traditional and cozy mysteries.