The Disgraceful Lord Grey is an historical romance and part of the King’s Elite series. It takes place in Suffolk in 1820.

The King’s Elite are on the trail of The Boss, a notorious leader of a smuggling gang. Lord Graham Chadwick (Gray) and his superior Lord Fennimore have set themselves up as neighbours of Viscount Gislingham, who may just be the elusive Boss.

Whilst swimming in a stream, Gray meets Gisingham’s niece Thea. He uses the chance meeting to secure an introduction to her uncle, but the man he meets seems unlikely to fit the role of a gang leader. Instead the charming Gislingham encourages Gray to pursue his niece.

Romancing Thea might be easy for Gray because he likes her, but he has a scandalous past; one which left him penniless. However Thea is not an easy catch, and Gray finds that he must juggle his job as spy against Thea’s suspicious nature.

I would suggest reading all the books in this series to get the full benefit of the storylines. This book focused heavily on the romance between Gray and Thea more than the smuggling, although I didn’t guess the surprising denouement.

A spy on a mission…

Until he meets this heiress!

Part of The King’s Elite. Miss Theodora Cranford’s learned to keep her impetuous nature locked away. She won’t be deceived by another man who can’t see past her fortune. She wants an honourable, sensible sort – not a self-assured scoundrel like her new neighbour, Lord Gray. Although she’s sure there’s more to him than meets the eye… But after that first captivating kiss, she’s certainly left wanting more! 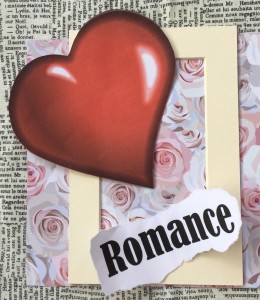