Alison has been reading The Story Collector by Evie Gaughan 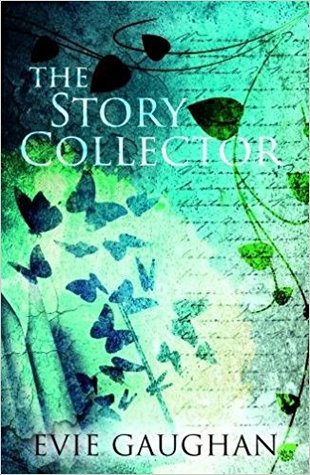 This novel tells the stories of Sarah, a young woman who, on impulse, flies to Ireland after leaving her marriage, and Anna, who, one hundred years previously, helped a young American academic to collect local stories about fairies.

This dual storyline is seamless, the two stories separate and yet connected, through the diary that Sarah finds. Anna’s account is fascinating, and the events that she is caught up in bring an edge to the tale – and a reminder that fairies and folklore aren’t always benign.

The novel is beautifully written, the settings drawn clearly and evocatively and the author’s love of her subject matter is clear. The two female protagonists are relatable, strong, brave but not unrealistic – they’re not perfect, by any means, and Anna, in particular, has to live within the confines of society. Many novels have their heroines, particularly their historical heroines, behave in unrealistic ways. Anna is a girl of her time – and she has to learn to live with what that entails. Unrealistic behaviour from women in historical fiction is a real bugbear of mine, so it was refreshing to have Anna behave as a girl of her age and time would behave.

I would have liked a little more information about Sarah and what had happened to her. I didn’t feel she was a s fully realised as Anna, which was a shame. But this is the only criticism I have of this lovely book. It’s a thoroughly enjoyable read.

A beautiful and mysterious historical romance from the author of The Heirloom and The Mysterious Bakery on Rue de Paris. Thornwood Village, 1910. Anna, a young farm girl, volunteers to help an intriguing American visitor, Harold Griffin-Krauss, translate ‘fairy stories’ from Irish to English. But all is not as it seems and Anna soon finds herself at the heart of a mystery that threatens the future of her community and her very way of life….. Captivated by the land of myth, folklore and superstition, Sarah Harper finds herself walking in the footsteps of Harold and Anna one hundred years later, unearthing dark secrets that both enchant and unnerve. The Story Collector treads the intriguing line between the everyday and the otherworldly, the seen and the unseen.