Liz has been reading Theodore & Eliza by Susan Harvard 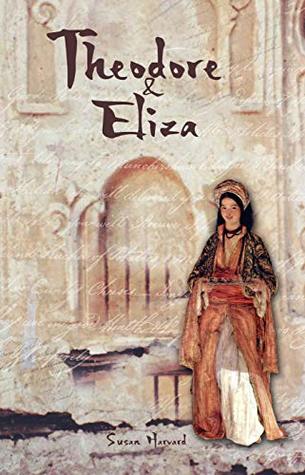 This true story of the marriage of Theodore Forbes, a rich Scottish merchant, and Eliza Kewark, an Armenian from the city of Surat shines a light on the complex relationships and social niceties of early 19th century British India.  Having fallen passionately in love, the 23-year-old Aberdonian had married his teenage bride rapidly so that he could take up his post as British Resident in Mocha, which at that time was the chief port of the Yemen.  For 3 years the couple lived a happy life there. Responsible for buying and shipping the East India company’s entire annual consignment of coffee, Theodore found his multi-lingual wife a great asset and they rejoiced in the birth of Kitty and her younger brother Aleck.  In 1815 they were ordered to return to Bombay.  While Theodore lodged with friends and attended society parties, Eliza and the children lived in a house in the country, a short ride away, but they were both glad to return to Surat.  Now Eliza lived in one of the grandest houses, a great improvement on her original status in the city. Sadly, when the family returned to Bombay in 1816, Theodore was to discover that society was less liberal than it had been in the past as “respectable” British wives disapproved of “mixed” marriages.  His “dear Betsey” was not accepted at balls or dinner parties.

Many will be fascinated to read that these are the ancestors of Princess Diana and the careful research and detailed descriptions in Susan Harvard’s book reveal the fascinating multi-racial life and the difficulty of balancing ambition against love and duty.  There are stunning pictures from those times included in the book.  The author has followed the history of many of Theodore’s friends, family and colleagues, but at times movement back and forth through time can be confusing.  This is a book for the keen historian, but it will also appeal to those who wonder about the life of those who sought their fortune in the East and left a legacy to the present generation.

Theodore & Eliza is the first and only account of the eight-year marriage 1812-20 of the mixed-race couple, from whom Princess Diana was directly descended.

The story is threaded through an extensively researched background of places and people in Yemen, Bombay and Scotland during the Napoleonic era. It is an unusually intimate account drawn from a rarely-accessed private archive of the couple’s personal correspondence.

Rapidly changing attitudes to biracial marriages mean that Theodore has to choose between his family and a lucrative career. Though he still loves her, he decides to leave his wife and their three children.