Smuggling: In Fact and Fiction by Helen Hollick

The Life Of A Smuggler is a non-fiction book mixing fact and fiction in an investigation of primarily eighteenth and nineteenth century men and women known as ‘free traders’.

In this easy to read book; the author provides historical evidence of smugglers from around the coasts of the British Isles, with a smaller section set in the Americas. I particularly enjoyed the sprinkling of ‘little known facts’ throughout the book; they featured interesting snippets.

Having recently read a book that featured convicts, I was fortunately familiar with some of the ways in which the authorities dealt with captured smugglers.

Sections of the book also considered how fiction highlights the life of a smuggler, for instance Daphne du Maurier’s Jamaica Inn and the BBC’s popular Poldark series.

This book would be ideal for those wanting to learn more about early British smuggling.

‘Brandy for the parson, baccy for the clerk…’

We have an image, mostly from movies and novels, of a tall ship riding gently at anchor in a moonlit, secluded bay with the ‘Gentleman’ cheerfully hauling kegs of brandy and tobacco ashore, then disappearing silently into the night shadows to hide their contraband from the excise men in a dark cave or a secret cellar.

But how much of the popular idea is fact and how much is fiction?

Smuggling was big business – it still is – but who were these derring-do rebels of the past who went against paying taxes on the importation of luxury goods? Who purchased the illicit contraband? How did smugglers operate? Where were the most notorious locations? Was it profitable, or just an inevitable path to arrest and the hangman’s noose? 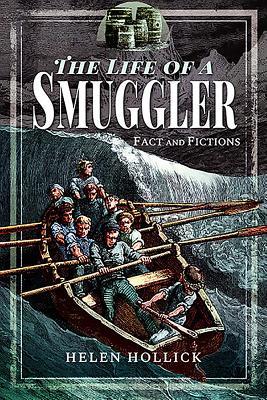 18 thoughts on “#NewRelease #NonFiction The Life Of A Smuggler: In Fact And Fiction by @HelenHollick @penswordpub #TuesdayBookBlog”