The Leipzig Affair by Fiona Rintoul
My rating: 4 of 5 stars

The Leipzig Affair is a cold war thriller.

The story opens with Bob recalling the death of Marek, for which he blames himself; this sets an intriguing, dark tone to the book.

The story then turns to 1985, Leipzig, East Germany. Magda is training to be an English interpreter and translator; her hopes are pinned on winning a place on a study programme in Great Britain, so that she may escape the strict socialist regime she rebels against.

Magda once believed in socialism, but when her brother, an Olympic athlete, fell seriously ill, she thought there was a cover-up and for her, a dangerous disbelief set in. For a while she tried to break free, but her father held a powerful position, so she pretended to conform, whilst plotting her escape.

Robert McPherson has a one year study visa for East Germany. He becomes a target for Magda’s plans, but when the Stasi arrest him and throw him out of the country he becomes consumed with guilt, convinced he’s signed a man’s death warrant.

This is the story of two people: Robert who spent years hiding in a drunken haze of guilt, and Magda, whose life was tossed around by others in a dangerous cloak and shadow game. The mind games of the Stasi are notorious and this book gave an interesting insight. Even after ‘The Wall’ came down it didn’t instantly solve all the problems, nor could it wipe away the events which scarred many lives. This isn’t a thriller filled with gruesome murders but the chilling feeling left by twists and turns of spies, when you really don’t know who you can trust. Ideal for those with an interest in tales from the cold war era.

The year is 1985. East Germany is in the grip of communism. Magda, a brilliant but disillusioned young linguist, is desperate to flee to the West. When a black market deal brings her into contact with Robert, a young Scot studying at Leipzig University, she sees a way to realise her escape plans. But as Robert falls in love with her, he stumbles into a complex world of shifting half-truths – one that will undo them both.
Many years later, long after the Berlin Wall has been torn down, Robert returns to Leipzig in search of answers. Can he track down the elusive Magda?
And will the past give up its secrets? 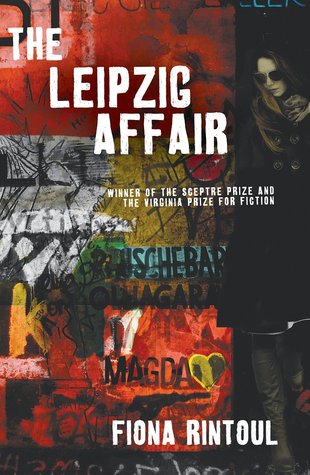