Today’s team review is from Judith, she blogs here https://judithbarrow.blogspot.com 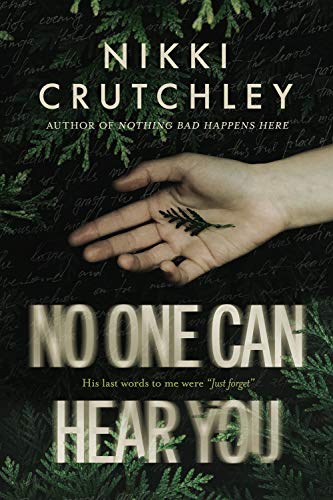 This is a tense and intriguing novel which builds suspense as the story unfolds with many twists and turns.  I enjoyed the read, it’s a good plot and I really liked the author’s writing style.

Written from various points of view the reader is able to empathise with each of the strong, well-rounded female characters.

The dialogue, both internal and spoken is excellent and differentiates each character.

The settings are evocative and are good backgrounds for the action that takes place.

There are various themes woven throughout the plot: criminality and drugs. Isolation (emotional, mental and physical isolation), abduction and murder, friendships and relationships. Alongside these is a hint of romance and descriptions of daily life which, for me, made the more sinister aspects of the book darker in contrast.

The novel begins in 2001 with a prologue and introduces the character of Faith Marsden, a rebellious fostered teenager who is abducted in the town of Crawton and then escapes. Years later she is still haunted by the experience.

The story moves forward sixteen years with the protagonist,  Zoe Haywood, returning to her home town of Crawton to arrange the funeral of her estranged mother, Lilian, who she discovers, had ever increasing dementia. But she finds notes which reveal that Lilian had fears that other young women were missing.

I don’t like to give spoilers in my reviews so will leave it there… except to say that Faith and Zoe find a common bond between them from their pasts; a childhood of loneliness and rejection, and  unite to learn the truth of Lilian’s worries.

As I said above, I liked the author’s writing style and would recommend No One Can Hear You to readers who enjoy a book with strong female characters and a good plot.

He said that they’d let me go on purpose. That they could easily find me if they wanted to. He said that they didn’t want me. That I was too much trouble. He said if I went to the cops, he’d know. If I told Sonya, he’d know. If I talked to friends or teachers, he’d know. He told me to pretend it didn’t happen. He told me to consider it a compliment, that I was too strong. His last words to me were, ‘Just forget’. Troubled teen Faith Marsden was one of several girls abducted from Crawton, a country town known for its picturesque lake and fertile farmland. Unlike the others, she escaped, though sixteen years on she still bears the emotional and physical scars. Zoe Haywood returns to Crawton to bury her estranged mother Lillian, who has taken her own life. As she and Faith rekindle their high-school friendship, they discover notes left by Lillian that point to two more young women who recently disappeared from Crawton. But Lillian’s confused ramblings leave them with more questions than answers. As Faith and Zoe delve deeper into the mystery, they become intent on saving the missing women, but in doing so are drawn into Auckland’s hidden world of drugs, abduction and murder. And then Faith decides to confront the mastermind – on her own.

No One Can Hear You is the second novel by Nikki Crutchley, and it’s a cracking female led thriller.