E.L. has been reading The Procurement Of Souls by Benjamin Hope 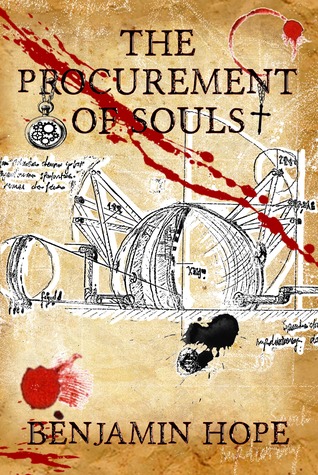 The Procurement of Souls by Benjamin Hope is a steampunk novel set in Victorian England. It is essentially a battle between the positive and negative forces of science.

I have to confess this is a genre that I haven’t read before and consequently it took me a while to get into the rhythm of the story. Basically it suspends any notion of reality as an evil scientist is able to remove the souls of humans and then control them like puppets. There is no grey area in this story and the villains really are villains.

The said mad scientist is a bitter and twisted individual named Thomas Weimer. Perhaps of more interest to me is his assistant, Marina, a tough, powerful, cigarillo smoking woman, who can physically get the better of most men. The dynamic between her and Weimer has the potential to create lots of tension as she is treated like a lackey by him and clearly resents his power. However, I felt that Hope missed an opportunity to create a really interesting character in Marina and in the end she remains a mystery with no real insight into who she is.

Weimer and Marina are offset by the renowned scientist, Magnus Drinkwater and his seventeen year old daughter, Clementine. It is Clementine who first involves herself in the disappearance of vulnerable young women, eventually forcing her reluctant father to help investigate the situation. Magnus has invented a machine called the viroscope that can potentially stop time but he is reluctant to use it due to the mysterious death of his wife whilst experimenting with the machine. The death of his wife in fact casts a shadow over the whole novel and plays a role in bringing the plot together.

The plot is very busy and there are lots of characters as Weimer takes up residence in a monastery and the army is called upon to try and thwart him. I love character driven novels and so personally felt a little bit cheated that we never really have time to get to know the characters. Perhaps the most rounded one is Novice Goode, a member of the monastery who is struggling with his calling but again because the novel is so plot driven and didn’t feel that I fully knew him.

I really liked how Hope uses his novel to pit science against religion. Weimer is clearly playing God by removing people’s souls and using them for his own ends and this is referred to several times. By setting the bulk of the novel in a monastery, Hope highlights the dichotomy between blind faith and reason. Novice Goode and Clementine plainly represent the heart of the novel and both of them are young and idealistic with compassion for others. The fact that the two of them survive maybe suggests that Hope wants to show the triumph of humanity.

Hope is a good writer and despite the fanciful nature of the story, it makes complete sense within the realms of the plot. The description of Victorian London and the crime-ridden docks is very effective and creates a good backdrop to the story. My own personal disappointment is that characterisation is lost in favour of the plot but maybe this is the nature of steampunk fiction.

If you are a fan of steampunk then I have no doubt that this will be one for you to enjoy. It’s exciting and well written and keeps you guessing until the very end.

Magnus Drinkwater is close. Close to harnessing enough power to fuel his modified pocket-watch and stop time. But the answer continues to lie out of reach and when his daughter discovers a young woman no longer in possession of her soul, it quickly becomes clear that his own frustrations are the least of his worries. Someone with altogether darker machinations is busy working to their own design.
Dr Weimer is manoeuvring in the shadows, harvesting the souls from small-time criminals and turning their empty bodies into his mind-dead minions. But he too needs more power. Greater soul potency to reach his vision. And he’ll do whatever it takes. No matter the cost.
As the body count rises and Magnus follows a bloody and violent path through decaying city slums and dockyards; city ministerial buildings; and St Villicus’ monastery with its subterranean catacombs, he unearths more questions than answers. What is the link to the violent death of his wife two years before? What secrets are his colleagues hiding? Is there anyone he can truly trust? He must forge alliances he never thought possible and ultimately decide: just how far is he willing to push his own principles of science to power his device and keep the city safe?
Two scientists. Two ambitions. One bloody adventure… 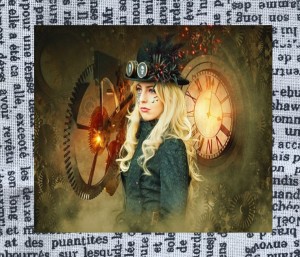