Cathy has been reading Fear & Phantoms by Carol J Hedges 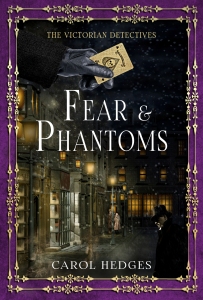 Fear & Phantoms is another very enjoyable addition to the excellent Victorian Detectives series. The story opens in the early hours of a snowy winter morning, as an injured man is left to freeze to death. And as Helena Trigg wakes to a bright white, silent world she discovers her twin brother Lambert’s bedroom neat, tidy and empty. Assuming he has left early for work she doesn’t worry until she returns at the end of the work day to empty lodgings and an accusatory letter.

Detective Inspector Stride and Detective Sergeant Cully are dealing with sightings of a supposed apparition in railway tunnels and the ensuing media frenzy. Which is nothing compared to the crime they will investigate very shortly. A con man is defrauding banks, masquerading as several different people, and killing those who get in his way.

Lucy Landseer, a budding novelist, journalist and very purposeful young lady who is determined to pursue her dream of a writing career in London, keeps her eyes and ears open at all times in search of articles and stories, which comes in very useful along the way.

‘A train going in the opposite direction arrives, and they board it. Now, Lucy is highly intrigued. What is going on? Feeling more like a detective than a writer, she follows them, placing herself in an inconspicuous seat.’

What I love about these books, apart from the colourful, well defined characters (with sometimes very apt names…Tom Scallywagg MP), be they good, bad or downright evil, are the evocative descriptions of Victorian London. The dark, menacing back streets contrasting sharply with the more affluent areas, and the opulence of the wealthy set against the often terrible lives of the poorer classes, particularly the children. Two of these children play a small but significant part in the plot and are portrayed brilliantly.

I enjoyed meeting again the characters who have been constants throughout, as well as new ones, witnessing their development and experiencing Carol Hedges’ wonderful way with words and distinct narrative style. Stride and Cully along with Inspector Greig have their work cut out to make sense of the financial dirty dealings and murders, in addition to bringing the perpetrator to justice. The proverbial thorn in their side, chief reporter Richard Dandy, makes the job harder than necessary with his scurrilous newspaper articles. Plot and sub plots are woven together expertly, bringing the story to a very satisfactory conclusion.

When a young man’s body is discovered buried deep beneath the winter snow, Detectives Stride and Cully little realise where the discovery will take them. Is his murder a random, one-off event, or could the death be linked to the mysteriously elusive individual who has already brought down one of the City’s long-standing private banks?

Mishap, misunderstanding and mystery dog their footsteps, as the Scotland Yard detectives find themselves in very murky territory indeed, struggling to keep their heads above water in the umbrous underworld of murder and  financial fraud.

Can they unmask the dark brutal mastermind lurking at the centre of it all, before he strikes again?

A taut, gripping historical crime novel that lays bare the dubious practices of the Victorian banking businesses and entices the reader into the shady world of high-class gambling houses, where fortunes can be made or lost on the luck of the cards. 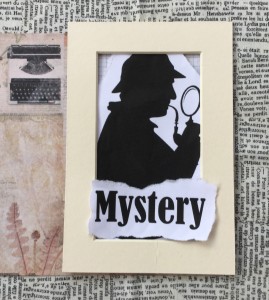 'an amateur sleuth #mystery with a touch of romance set mainly in Toronto.'
'Backstories is a great idea. Take famous people from history, ancient or more recent, and write a short backstory about them allowing the reader to uncover who they are as the story progresses.'
‘one of the most poignant, beautiful vampire stories I have ever read, those are not words written lightly.’
'Goodwin captures perfectly the atmosphere of the mental health asylums, where routine was sacred, and everybody had a part to play'
Based on a true story, Frank reviews #historicalfiction The White Rajah by Tom Williams which is set in Sarawak (North Borneo), for Rosie's #Bookreview Team #RBRT
'a series of easy-read short stories, each one an imagined snapshot of the early years of well-known person, but 'the reveal' doesn't come until the end'
'I could not fault the historical detail.'
'an intriguing story set in the heart of Dublin'
'An upper end young adult and new adult horror with a same sex romance. 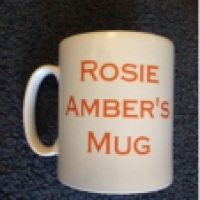