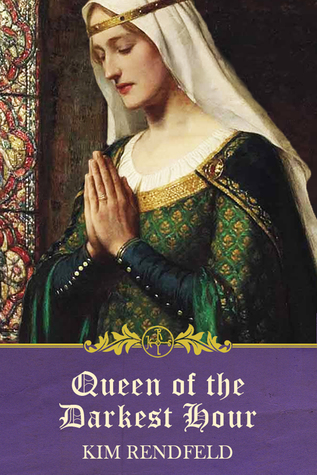 This novel is set in the late eighth century and the queen of the title is Fastrada, the fourth wife of Charles, King of the Franks, also known as Charlemagne. This is a challenging era about which to write, given the constant upheavals and realignments in Europe amongst the various warring factions. King Charles the Great, or Charlemagne, became king of the Franks and made it his mission to unite all Germanic peoples into one kingdom and convert his subjects to Christianity. A skilled military strategist, he spent much of his reign engaged in warfare to accomplish his goals. In 800, Pope Leo III crowned Charlemagne emperor of the Romans.

Charles had many wives and children. The reader is fortunate because the author has named the four wives, a forceful concubine, and the children, along with other major characters, both real and fictitious.

Fastrada comes from lands east of the Rhine and is relatively uneducated when she arrives in Charles’ court. This puts her at a distinct disadvantage in serving as an advisor to Charles as well as mother to his children – the older three of which are well-read and educated in Latin, Greek, and other languages. Charles divorced his first wife, Himiltrude, who is now the abbess of a nunnery. Their son Pepin, his oldest, has profound antipathy to Fastrada and a major theme of the story is Pepin’s scheming to rid the court of her presence. His hatred is stoked by the preference of his father for his second son, Karl. Pepin is deformed with a crooked back, thought to be the result of his mother’s sin, and thus can’t be Charles’ heir. He is not allowed to carry a sword or fight and has been told he will take orders and inherit a bishopric, a fate he rails against.

Fastrada also has to guard her tongue and her dignity in the presence of Kunigunde, Charles’ favorite concubine, who is heavy with child and living at court.

The author does an excellent job in describing life in the eighth century court: food, clothes, social customs, and the profound religiosity of the king and his family. The reader can easily see the surroundings and feel part of this history.

The metamorphosis of the naïve Fastrada to an educated woman and a crafty political advisor to her husband makes for a wonderful story. She becomes much more than Charles’ lover, but an intelligent, caring and formidable force. I am impressed that the author, knowing of Fastrada’s long bout with an illness that left her physically weak after the birth of her second child, portrayed her as suffering from anemia.

Court life, with its politics, scheming, and back-stabbing are excellently described.

There were a few negatives. Missing is some indication of positive things Charles did during his reign and of which Fastrada must have been aware, if not involved in. His impressive construction projects are mentioned, but there is also his wide support of education, scholarship, literature and art and the development of a common currency. The emphasis of the book is on the many battles he waged to unite the country, and although the brutality and bloodiness of warfare at the time are well wrought, I did become confused with the various warring factions. A minor point: there are nagging repetitions of Pepin’s scowling, which seemed to be his only expression, and the references to the rushes on the floor and the herbs scattered with them.

All in all, this is a very satisfying historical read, and I plan to read the author’s other books, which should give a strong indication that I liked this one!

Family Strife Imperils the Realm
Francia, 783: Haunted by the Saxons’ attack on her home fortress, Fastrada obeys her father and marries Charles, king of the Franks and a widower with seven children and an eighth on the way by a concubine. As more wars loom, Fastrada’s greatest peril lurks within the castle walls: Pepin, Charles’s son by his embittered former wife. Blaming his father for the curse that twisted his spine, Pepin rejects a prize archbishopric and plots with his uncle and mother to seize the throne. Can Fastrada stop the conspiracy before it destroys the kingdom?
Based on historic events during Charlemagne’s reign, “Queen of the Darkest Hour” is the story of a family conflict endangering an entire country—and the price to save it.