Anita has been reading Lily White In Detroit by Cynthia Harrison 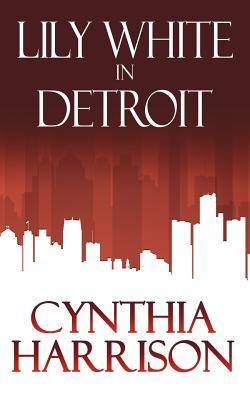 Lily White is a private investigator but there was a time when she was someone else.

These days she is recovering from post-traumatic stress caused by a gruelling incident in her past and is definitely in the wrong job. Far too much spying on guilty wives and handling distraught husbands for her liking. She much prefers honest investigating.

Now there is a dead body.

And she had just been hired to find the killer.

This was well out of her comfort zone, especially for her PTSD, but too exciting to miss.

I loved the American setting, walking around Detroit with the characters seemed as natural as breathing, so the author must know it well.

All of the characters are well written and real, but I especially liked the two main characters, Lily and Paxton and the way they interact with each other. Such lovely chemistry between them.

The story had just enough subtle tension to keep me turning the pages and I have a feeling this won’t be the last we see of Lily and Paxton. At least I hope not…

Private investigator Lily White has a client with a faulty moral compass. When the client is arrested for murdering his wife and her alleged lover, Lily follows her intuition and her own leads. If she’s wrong, she’ll at least know she did her job.

Detroit police detective Derrick Paxton remembers Lily from another case. He understands she suffers from PTSD and thinks her judgment is impaired. He goes after her client and the evidence he needs to close the case. When Lily is kidnapped, the case takes an unexpected turn.

In a sometimes racially divided city, a black cop and a white PI work together to peel back every layer to find the truth. What they find leads them to each other, but do they have enough to bring the true criminals to justice?

'It's healthy to have an enemy. It brings people together.' Terry reviews #dystopia Cromby's Axiom by Gary J Kirchner.
Getting ready to make a persimmon, pomegranate and apple 🍎 crumble with my fruits from @oddboxldn #oddisgood❤️ #fruitcrumble #freshfruit #homecookingisthebest #homecooking
Yellow and white so pretty. Snow melting off of the heathland gorse.
'#SelfHelp advice about taking back control of your life.'
'A woman with a long reach from the grave'. Rosie's #Bookreview of #Paranormal Tale The Grimy And The Greedy by Meaghan Curley.
One more photo from my walk after the snowfall.
'Pendragon (Pen) Devon is sent to stay with his uncle in a remote Scottish castle after pushing a school bully into a lake. Even though Pen was sitting in the library at the time, this was the first example of The Rite appearing in Pen.'
'She's Britain’s best-loved psychic'.
Just the snow and the wildlife were in the garden last evening. No hiding where the fox went today.