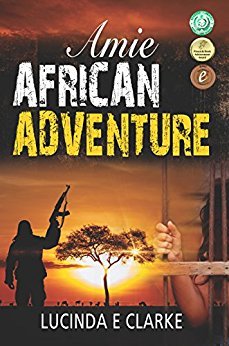 I was slightly apprehensive about reading this book as I have traveled to a number of African countries for leisure and work purposes. I have also written a series of non-fiction publications about investment in Africa. I was worried that this book would not jell with my knowledge and experience of Africa. That turned out to be an unnecessary concern. Lucinda E Clarke has a sound knowledge of life for expatriates and the locals in certain war-torn, “least developed” African countries and does an excellent job of setting the scene for this story.

I enjoyed her balanced approach to describing the life styles of both the expatriate community and the locals and the detail that was provided about the schooling, hospitalisation, politics, corruption and difficulties with business dealings in this fictional country of Togodo. The descriptions of Aime and her husband’s visit to a game farm and the African countryside are beautiful and the author shares some interesting facts about survival in the bush.

The story of Aime’s adventure is fast paced and entertaining. My only criticism is that there were to many fortunate coincident and lucky breaks for Aime and her husband that were a bit unbelievable but this did not detract overly from a jolly good story.

I would recommend this book for people who like the idea of an entertaining adventure in a realistic African setting.

I rated this book four out of five stars.

Amie was just an average girl, living in her home town close to friends and family. She was happily married and she had her future all planned out. They would have two adorable children, while she made award winning programmes for television. Until the day her husband announced he was being sent to live and work in an African country she had never heard of. When she came to the notice of a Colonel in the Government, it made life very complicated, and from there things started to escalate from bad to worse. If Amie could have seen that one day she would be totally lost, fighting for her life, and enduring untold horrors, she would never have stepped foot on that plane.

Born in Dublin, matured in England, wanted to follow grandfather into Fleet Street, family not wildly enthusiastic – unfeminine, unreliable and dangerous. Went to dockland Liverpool – safe, respectable and pensionable. Returned south with teaching qualifications, extremely good at self defence. Went crofting in Scotland, bred Cairn Terriers among other things. Moved to Kenya with 7 week old daughter, abandoned in the bush. On to Libya, surviving riots, public hangings, imprisoned husband and eventual deportation. Queued with the unemployed millions in UK. Moved to Botswana – still teaching – opened and ran the worst riding school in the world,- with ‘How to…’ book in hand.
Moved south to South Africa taught for four years, then in 1986 became a full time freelance writer, for major corporations, UNESCO, UNICEF and the South African Broadcasting Corporation for both radio and television. Moving into video production in 1986, received over 20 awards, specializing in education, documentaries, municipal and government, one script for National Geographic.
Returned UK Jan 1994, back to SA before April elections.
Taught in 7 countries, including Britain, Kenya, France, Libya, Botswana, Swaziland and South Africa. Also found time to breed animals for pet shops, write a newspaper column, publish two books, Heinneman & Macmillan, and work for several years as a radio announcer. Married with two daughters, a stepson and stepdaughter, moved to Spain in 2008. I now write a monthly column and have published two more books, a memoir and an adventure story set in Africa.