Terry has been reading Sick by Christa Wojciechowski 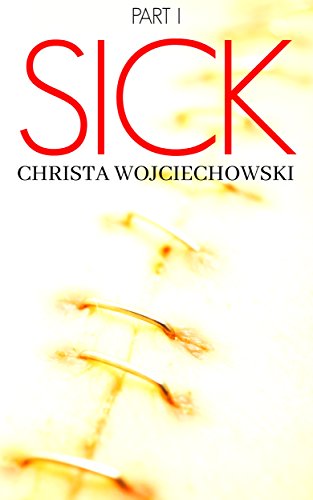 This is a short novella that I read in just two hours, and possibly the most peculiar book I’ve ever read.  John Branch is an impoverished aristocrat who lives in squalor with his wife, a podiatric nurse called Susan; the book is written from Susan’s first person point of view.  Throughout their marriage he has suffered one illness after another, and terrible accidents; many of his maladies baffle the doctors.  Suzie lives on frazzled nerves and chocolate bars, but they love each other, and exist in their own little world of their house and his illnesses.  Their relationship is odd in the extreme, with their baby talk, and the way she refers to him, and he acts, as if he is a child.  She is a plain woman who had little in her life before they met; he is everything to her.

At first I wasn’t sure if I was going to finish it; I wondered if English was the author’s first language as Susan talks about singing John his favourite ‘lullaby’ when he is ill, and describes him as having ‘pretty lips’; there are several other odd word choices, and I couldn’t work out if they were part of the peculiarity of the couple, or if they were just ill-chosen.  Also, a hyphen is used instead of an em dash throughout, which is confusing when the hyphen is used for two different purposes in the same sentence.  Thirdly, the book is graphic in its descriptions of blood, puss and worse; I can do gory violence, but not bodily functions/secretions.  But at the same time it’s very well-written; it’s dark, vivid and horribly depressing.  As it went on, I thought, yes, I do want to read it, but perhaps it’ll be one of those ‘3*, good but not my cup of tea’ books.

Then I got to appreciating it more and more, and I understood how clever it is.

It becomes clear that all is not what it seems in the dingy servants’ house where they live, on the estate that once belonged to John’s family, but Suzie is too tired, undernourished and concerned for John to investigate the irregularities.  When the truth about John’s illnesses comes out, the whole story is turned on its head.

So I ended up giving it 4* because I liked it ~ I would recommend it to anyone who is not squeamish and likes something a bit out of the ordinary.  And I think I might pick up the sequel at some point, too; I am most intrigued to see what happens next!

John Branch is a brilliant-minded aristocrat, bereft of his family’s wealth, ravaged by a terrible and as yet unidentified disease. Susan is a hard-working nurse at the end of her tether. Years of caring for her charming yet debilitated husband have begun to take their toll. Living in squalor, in the very shadow of a mansion that John and his family used to own, she is plagued by the intrusive groundskeeper Pete, ever-increasing bills, and the constant threat of John’s physical collapse.

John’s illness has always baffled doctors, and there are times when she wishes that he would just slip away. But John’s mind is very much alive, and she can’t help but cling onto the dream he will recover.

As pressures mount, Susan resorts to one desperate act after another to keep John alive and manage his pain, all the while haunted by a creeping sense that something isn’t right with her world…

SICK is a Gothic novel in the true sense: brimming with atmosphere and suspense, rich with style and psychological insight. This seemingly simple tale of two psyches will take you to the heart of the human condition, and show you just how twisted the relationships with those closest to us can be.

Christa (Wojo) Wojciechowski is the author of The Wrong David, The Sick Series, and is working on a series called The Sculptor of New Hope. Her characters explore existential turmoil, mental illness, and the complexity of romantic love. She uses her stories to compare the dark, carnal nature of humanity with its higher qualities of creative expression and intellectualism.

Christa currently resides in the mountains of Panama with her husband and a house full of pets. She works as a freelance digital marketer and helps thought leaders, podcasters, and fellow writers develop their marketing platforms. Christa enjoys foreign movies, yoga, wine, and rambling around in the cloud forests near her home. Most of all, she’s passionate about books and writers, and loves discussing them on social media. 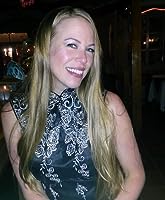