Terry has been reading BRAND NEW FRIEND by Kate Vane 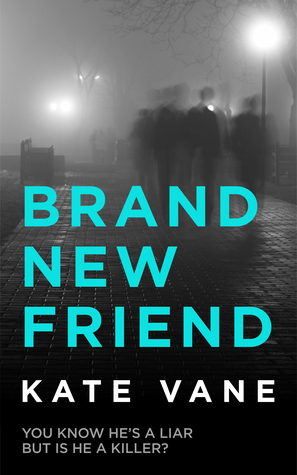 The basic plot: Paolo is a BBC journalist, who gets a call from Mark, an old friend from university days, when they were fellow animal rights activists. Then a newspaper report exposes Mark as an undercover police officer, and his former ‘handler’ is murdered.  Paolo is wrenched away from his affluent life, with the house in Suffolk, successful wife and two children, back to his days at Leeds University, and the friends he knew at the time.  Who exposed Mark?  Who was really responsible for an on-campus fire back in the 1980s, in which a security officer died?  Paolo soon discovers that there is more going on than originally met his journalistic eye…

This book was a slow starter for me, but by about 20% I started to get more into it, and by half way through I was enjoying it a lot, and looking forward to getting back to it.  The story dots back and forth in equal measure between the murder case and Paolo’s life back in what I assume to be around 1984; gradually, the two stories merge.  I found the murder/conspiracy plot and present day half of the book only moderately interesting, but loved the sections set in the old days ~ the desperate-to-be-hip-and-relevant characters and the atmosphere of the time were so real.  The wannabe cool guy Paolo, terminally bored Isabel, spiky, chip-on-her-shoulder Claire and determinedly zany ‘Ratman’ are so well drawn, as was their dismissal of football-and-a-pint boy Graham, the odd man out.  I loved how aspirational they all were, though over the years their aspirations changed ~ from the ‘making a difference’ cliché and being seen as authentic and academically inspired despite having been drunk/stoned/speeding/in bed with a stranger until 4 am the night before, to succeeding in the capitalist society they once claimed to despise.

What kept me reading was the astute observations, and the slow unfolding of the changing dynamic between the friends – I actually would have been happy with just this as a novel, with maybe just the security officer murder aspect; Ms Vane’s understanding of her characters is good enough to carry a less sensational plot.  Only two aspects grated a tiny bit ~ in the 1980s Claire is meant to be a working class girl from Durham, but she talks like a middle class girl from the south; there is no trace of the North East in any of her dialogue.  Also, they all refer to ‘uni’ instead of ‘university’ ~ aside from the fact that it’s ghastly, I am not sure people had started doing so in the early-mid 1980s.  I believe it originated from Aussie soap operas; the first time I heard it was around 1989.

To sum up, I’d give 3* to the ‘main’ story which, for me, had too many long conversations with people explaining to each other why things happened and how they found them out, but 4.5* with some 5* moments to the whole 1980s element ~ thus, I shall round up at 4*.   I didn’t love it all but I liked it (some parts very much), and it’s definitely worth a read.  Especially if you were a student in the 1980s, I should think.

BBC foreign correspondent Paolo Bennett is exiled to a London desk – and the Breakfast sofa – when he gets a call from Mark, a friend from university in eighties Leeds. Paolo knew Mark as a dedicated animal rights activist but now a news blog has exposed him as an undercover police officer. Then Mark’s former police handler is murdered.

Paolo was never a committed campaigner. He was more interested in women, bands and dreaming of a life abroad. Now he wonders if Mark’s exposure and his handler’s murder might be linked to an unexplained death on campus back when they were friends. What did he miss?

Paolo wants the truth – and the story. He chases up new leads and old friends. From benefit gigs and peace protests, to Whatsapp groups and mocktail bars, the world has changed, but Mark still seems the same.

Is Mark the spy who never went back – who liked his undercover life better than his own? Or is he lying now? Is Paolo’s friend a murderer? 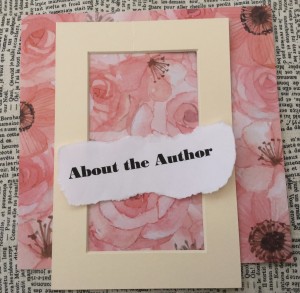