Judith has been reading The Black Orchestra by JJ Toner 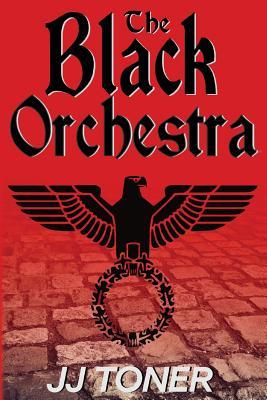 I have to say I struggled with this book and it took a long time to read, mainly because the beginning is convoluted and littered with so many characters that each time  I picked it up again, I needed to go back to see who was who, what rank they held and  and where they fitted into the Nazi regime.

However, around three quarters through, the book became easier to read and was interesting.

After reading the first part of the book, and to be fair to the author,  I knew I needed to make notes on what was working for me and what didn’t. (it’s the first time I’ve done this) So here are my thoughts:

I know little about the intricacies of the Nazi regime during WW2 so I had to take the military rankings, the way the regime worked and the historical details within the book  at face value Though some of the scenes did seem a little far fetched.

I felt that many of the characters deserved more ‘fleshing out’ because of the part they play in the story. The protagonist, Kurt Müller, grows more rounded as the story unfolds and becomes easier to empathise with. The female characters, Gudren, Liesal and Tania are well portrayed but I felt that some of the sections they were each in could have been given more depth. The descent of  Kurt’s friend, Alex, is well written and reflects the breakdown of the society at the time. I would have liked more to be shown of the character of main antagonist, Uncle Reinhard; his function in the plot is enormous but, for me, he wasn’t layered enough.

The dialogue was more difficult to judge as, of course, it’s necessary to believe most of the characters are speaking in German. It became more realistic in the parts where the protagonist is in Ireland. I did like the passages between him and his mother; the dialogue is good and the love between them is palpable.

There is a good sense of place, both in Germany and in Ireland. The tension that is in some segments of the story is reflected in the descriptions of these backgrounds.

The general plot-line is thought-provoking because it gives the story from the angle of Germany at that time. But quite a lot of the scenes are rushed and told rather than shown. And I felt somewhat disappointed with the denouement; it appears to be hastily written and a little unbelievable. I’m not sure if my dissatisfaction was because of the way the characters, Kurt and Gudren  were shown in this part or through the action in the story itself.

I think, overall The Black Orchestra could be viewed as a cross genre book, rather than a thriller. There is the capacity for it to be an intriguing spy novel, to fit into the historical genre and also for romantic fiction. But as it stands it seems, to me anyway, that it doesn’t quite make it in any.

Note: After I’d written my review I searched for the book on Amazon. The Black Orchestra has quite a few reviews and there are some good comments. Being fascinated by the era, I’d hoped to enjoy the story more, but maybe it just wasn’t for me.