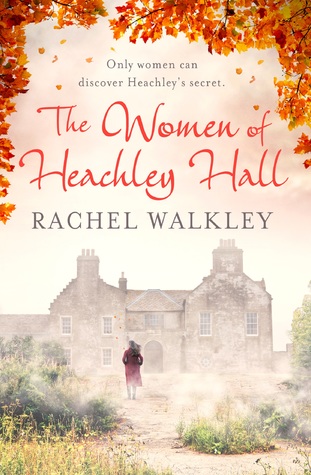 When this book presented itself, I was in the mood for some chick lit. The title intrigued me, and since I love old Victorian houses and mysteries surrounding them, I had to read it. It proved to be a great read, and I can only hope this author gives us more in this line.

Twenty-eight-year old Miriam Marsters, a freelance illustrator, is shocked to discover she is the sole surviving heir to her Great Aunt Felicity’s fortune. Depending on referrals for paying jobs, she sees selling the Victorian mansion bequeathed to her, Heachley Hall, as a way of being able to sell her cramped old city flat and buy a house with a studio. There is only one catch – in order to get the house, she has to earn it, by living in it for one year and one day. It’s hardly habitable, having been empty for five years and decaying even before her great aunt left it, far from the memories of a color-filled home with splendid gardens she has from her youth.

Other people want the estate, valued at around one million pounds, even in its present condition: Mr. Bridge, the avaricious estate agent who brings her to Heachley, and a nosy, superior neighbor, Liz Pike, who has had designs on the estate for years. Even her solicitor seems to be plotting against her, claiming that despite Felicity’s clearly worded will, it took him five years to find Miriam and now he is unwilling to release monies from the estate to help Miriam make it habitable.

Despite the odds, Miriam decides to stay and begins to transform the house into a place liveable for the year, with the help of a handyman who seems to come and go like a wisp of smoke. From Glenda and Bert, the companionable the owners of the local pub (the only place with wifi for her to transmit her drawings and interact with clients), she finds electricians and plumbers and also learns a little more about her mysterious handyman, Charles.

Miriam knows next to nothing of the hall’s history and even less about her great aunt, so she follows leads wherever she can to learn more. In particular, she believes the answers to many of her questions lie in a box that was Felicity’s last possession and that seems to have been lost or misplaced. She is particularly obsessed with finding out why Felicity specified she live in the hall for a year and a day.

In the last third of the book, Miriam’s world is turn upside down with the discovery of Heachley’s past and the tragedy of a family that lived there many generations ago. What happened when a fire consumed part of the house? Are the noises in certain locations in the hall ghosts, as her aunt’s last housekeeper thinks? What will she find in the dark, menacing basement? I can’t say more without giving away secrets.

This book had so many parts to it that attracted me, I could hardly put it down. Having grown up in a 150-year-old creaky house, I found Heachley Hall to be a main character and I loved the author’s descriptions of it. I wanted to get in there and renovate it myself! The people who populated the story were three-dimensional and believable, the dialog flows easily, and for the most part, the descriptions were crisp and clear. And I was caught by surprise when the mystery of the handyman was solved.

The only small detractors for me were some over-blown prose at the beginning, which disappeared soon enough, and a slowing of the book toward and during the denouement; I expected the ending in several places before it actually arrived!

All in all, a very satisfying and enjoyable read, especially for a debut novel, and I look forward to this author’s next outing.

Miriam has one year to uncover Heachley Hall’s unimaginable past and a secret that only women can discover.

The life of a freelance illustrator will never rake in the millions so when twenty-eight year old Miriam discovers she’s the sole surviving heir to her great-aunt’s fortune, she can’t believe her luck. She dreams of selling her poky city flat and buying a studio.
But great fortune comes with an unbreakable contract. To earn her inheritance, Miriam must live a year and a day in the decaying Heachley Hall.
The fond memories of visiting the once grand Victorian mansion are all she has left of her parents and the million pound inheritance is enough of a temptation to encourage her to live there alone.
After all, a year’s not that long. So with the help of a local handyman, she begins to transform the house.
But the mystery remains. Why would loving Aunt Felicity do this to her?
Alone in the hall with her old life miles away, Miriam is desperate to discover the truth behind Felicity’s terms. Miriam believes the answer is hiding in her aunt’s last possession: a lost box. But delving into Felicity and Heachley’s long past is going to turn Miriam’s view of the world upside down.

Does she dare keep searching, and if she does, what if she finds something she wasn’t seeking?

Has something tragic happened at Heachley Hall?

Born in the Midlands, I grew up in East Anglia and am now firmly lodged in the North West of England. My first writing achievement was my Brownie badge and after that I’ve never let go of the dream of becoming of an author. Once a librarian and caretaker of books, I’m now a teller of tales and want to share with you the secrets that hide in the pages of my books. 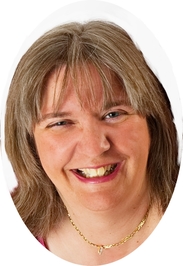