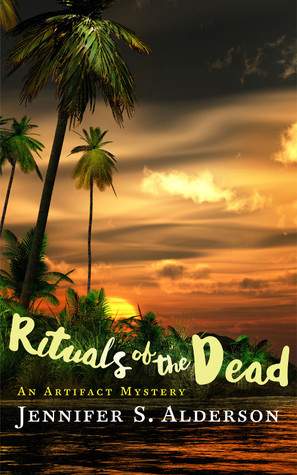 Zelda Richardson is an adventurous heroine who loves to solve mysteries.  She needs to succeed in her placement as an intern at the Tropen museum in Amsterdam but the work involves Asmat Bis poles from Papua New Guinea, totems made for the spirits of the dead, whose evil looking faces seem to be leading her into danger.

Seven crates have been discovered unopened for 50 years in the archive depot of Rotterdam’s Wereld museum.  As Zelda and the more important staff from the museums observe, the crates are unpacked, revealing not just Bis poles, but also human remains of the head-hunting Asmat culture of what was then Dutch New Guinea.  But the most intriguing discovery is the leather-bound journal of Nicholas Mayfield, a wealthy American anthropologist who went missing in 1962.

Interspersed with Zelda’s transcription of the journal and her investigations, are passages from 1962, where we discover the frustrations and difficulties Nicholas had experienced while trading in Dutch New Guinea, hindered rather than helped by experienced Dutch anthropologist, Albert Schenk.  Albert is now Director of the Wereldmuseum and he seems to be a thoroughly unpleasant, arrogant individual.

Soon, Zelda is alarmed when two people close to her are murdered.  She continues with her task of transcribing the journal and researching the background of the Bis poles for an imminent exhibition, but she keeps information close to her chest and, at times, is unwise in those she chooses to trust.

This exciting story is also an education about a culture of which I knew very little.  The actions of colonial powers, the church and collectors of artifacts is called into questions but there is also our moral dilemma of whether to exhibit treasures from the past or return them to their source.  But don’t let this put you off; you will be on the edge of your seat wondering if Zelda will take one risk too many as well as wishing to discover what actually happened to Nicholas Mayfield.  A thoroughly good read.

Art history student Zelda Richardson is working at the Tropenmuseum in Amsterdam on an exhibition of bis poles from the Asmat region of Papua – the same area where a famous American anthropologist disappeared in 1962. When his journals are found inside one of the bis poles, Zelda is tasked with finding out more about the man’s last days and his connection to these ritual objects.

Zelda is pulled into a world of shady anthropologists, headhunters, missionaries, art collectors, and smugglers – where the only certainty is that sins of the past are never fully erased.

Join Zelda as she grapples with the anthropologist’s mysterious disappearance fifty years earlier, and a present-day murderer who will do anything to prevent her from discovering the truth.

All three mysteries in the Adventures of Zelda Richardson series are stand-alone novels, yet are even more enjoyable when read in order:
Down and Out in Kathmandu: A Backpacker Mystery (Book One)
The Lover’s Portrait: An Art Mystery (Book Two)

Hi! I worked as a journalist and website developer in Seattle, Washington before trading my financial security for a backpack. After traveling extensively around Asia, Oceania, Europe and Central America, I moved to the Netherlands and earned degrees in art history and museum studies.

When not writing, I can be found in a museum, biking around Amsterdam, or enjoying a coffee along the canal while planning my next research trip. 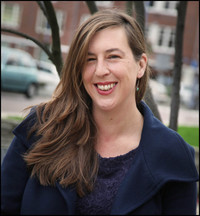