Judith has been reading Intraterrestrial by Nicholas Conley 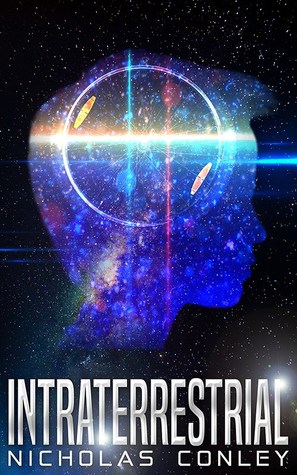 Intraterrestrial is about Adam Helios, a bullied teenager who hears a voice claiming to come from the stars and fears he’s going mad. Following a terrible car crash, Adam is left seriously injured and his consciousness is abducted by the alien presence contacting him for months.

Intraterrestrial was decently written, although there were some frustrating uses of synonyms. As well as using the word ‘finger’, ‘appendages’ and ‘digits’ also get thrown around and this was just unnecessary. Synonyms can provide variation if you’re afraid of repetition, but sometimes the repetition of simple words is fine. No one says “I have hurt my appendages”.

Adam was a well-developed character; he felt very much like an ordinary kid – a sympathetic loser, if you will.

However, I wasn’t sure how to interpret Adam’s adopted status; the book makes it clear Adam was adopted as an orphan from India and Adam himself struggles at times to feel as if he belongs with his American parents. On the one hand, this is fair enough, and gives Adam some interesting background. On the other hand, the book also hints he may be abhuman or other-worldly in some way, and is thus contacted by aliens. Yet stressing Adam’s differences too much, and making Adam both “other” and Indian could be problematic for some.

I liked the open rebuttal of the “chosen one” stereotype and Adam’s genuine surprise that he is not The Chosen One; the way in which the expectations of Adam, and the reader, were challenged made it quite a witty scene.

I’m not a huge reader of science-fiction, so I preferred the chapters describing Adam’s mother, waiting for her son to recover in the hospital. These scenes helped provide some reality, in the midst of Adam’s alien experiences, and were easier to picture and understand.

I also couldn’t work out who Conley’s target audience is.

Concepts such as imagination-powered aliens, the importance of creativity, and Adam discovering more about his special identity, seem as if they would be best suited in a novel for children. Yet some the book contained explicit swear-words and gory, bloody details, suggesting Conley had an older audience in mind.

I did like the idea of being drawn into an alternative world inspired by your own mind – for example, the alternative world of Labyrinth is taken from Sarah’s childhood toys and stories – but I found the execution of this in Intraterrestrial slightly too abstract. I have a pretty active imagination, but I really struggled to visualise the aliens and worlds I was being told to imagine.

On a more positive note, Intraterrestrial has a proper ending! I’ll explain.

I find that often, especially in books sent for review, the narrative ends with a cliffhanger designed to make you buy their trilogy. Sometimes this is done well and other times, it isn’t. However, Conley doesn’t do this; instead he wraps up his story well by the end of the book and this was great to see.

Ultimately, I thought Intraterrestrial was okay, but probably not the book for me. If you’re a die-hard science-fiction fan though, you might want to consider giving this a go.

Intraterrestrial is available to buy as a paperback or an e-book from Amazon UK or Amazon.com. 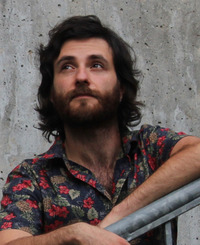