Karen has been reading The Trial by John Mayer

Brogan McLane, a young man who had a rough start to life has turned his life around and is now a Member of the Faculty of Advocates in the Scottish Supreme Court, he became a lawyer. He had a beautiful wife that he loved very much, a very good, long time friend who was on the wrong side of the law, but he would do anything for, and a career that he was very proud of. Until everything went wrong. A judge was murdered and Brogan McLane has been arrested for the murder.

Judge Aldounhill, a man who is power hungry, and a has a lot of secrets, is murdered in his home late at night after a rather sketchy party. He is a judge who got his position by telling his friends that if they put his name in to be judge, he would do the same for them in the next go round. However, he never helped anyone else out but himself. He made a lot of enemies by being a man who lied, cheated, and did what he could to get further in life in an unorthodox way.

Big Joe Malarky, a man who has been arrested a few times, but nothing has ever stuck. He is a big man who has a lot of loyal friends. His son is arrested and convicted of a crime he did not commit. Wee Joe Malarky will pay the price that his father has never had to pay. He is sentenced and put in jail with no luck of parole or appeal for the conviction. Big Joe’s wife is beside herself when they receive the second letter telling them that their son will not be able to appeal.

This story was very well written and really drew me in. As I read it, I wanted to know more of the story and couldn’t wait to find out the truth of the murder. The characters were very well developed and made me want to scream at some and shake the hands of others. The story has a lot of twists, detail and the connections to crimes and convictions is well hidden and developed.

I give this story a 5 star review. I look forward to reading more of this series and more from Mr. Mayers. Great job! 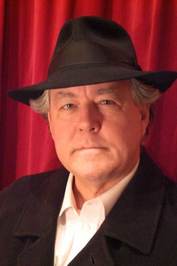