Jessie has been reading The Jack Of Ruin by Stephen C. Merlino 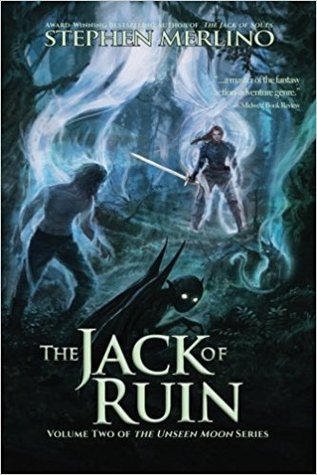 The Jack of Ruin is the much anticipated…

(You know, when people say that I always get belligerent wondering just who these “people” are that were waiting with bated breath. So, I’ll tell you. It was me. And John, and likely other people, but I don’t know them. So, yeah, I’m making that grand statement on the authority of my own feelings!)

…sequel to The Jack of Souls. If you took my advice three years ago and read The Jack of Souls with it’s goodish guy and it’s new worlds and magics, culture clashes and ideals, angry immortals and horses and general epic fantasyishness, I’m excited to tell you that this installment did not disappoint. The epicness continues, the good guys have a tendency to be a little grey rather than white and it seems vows were made to be broken…

And if you didn’t?

What are you waiting for, get reading!

Would I recommend it? If you are a lover of epic fantasy read The Jack of Souls, then have this one ready because it picks up right where the previous leaves off!

Stratford-upon-Avon inspired Stephen to return the following year to study Shakespeare at the U of Reading. He now teaches Shakespeare, and, by following The Bard’s example of plot thievery, built one of the subplots of A Midsummer Night’s Dream into The Jack of Souls. It’s one of his favorite parts of the story. 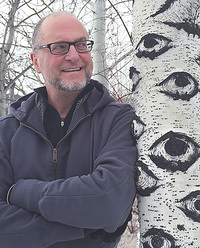