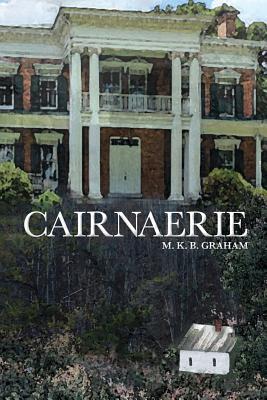 A family drama history, from the period 1840’s through the Civil War to 1930, showing the far-reaching generational impact of the choices made, and the culture they are made in.

Geneva Snow: The main protagonist, whose life we follow through her 72 years. The daughter of a wealthy lawyer, headstrong, sometimes petulant, and impulsive.

In 1827, a 10-years-old boy [Bertram Snow] was turned out onto the Baltimore streets, by a family too poor to feed him. A kindly stranger found him wet and starving a  few months later, and brought him up as his own. 100 years later, his daughter has summoned a historian to tell the family story, which she has recorded in her diaries.

The story is revealed by switching viewpoints and narrative between the 1860’s and ‘70’s, and the late 1920’s.

The story sets out to show the dynamism of the 1840’s Virginia, with Geneva’s father setting up his farmstead “Cairnaerie”, then having his family, three boys and a feisty, headstrong daughter.

Over time, as the children grow, the farm prospers, and Bertram expands his law practice in the local town and becomes a pillar of local society, the future looks very bright for the family. We get an insight into pre-War social mores, with the slavery etc. being taken for granted. Bertram however is more enlightened, and aims to “pay forward” the chance he received when a child, and to help/educate less-fortunate others, including his slave Zeph.

The War comes, and emancipation along with it. Zeph, now free, decides to stay with the Snow family. The Snows have lost two sons in the war, the mother begins her descent into the grave, and the family slowly withdraws from the life of the town, becoming forgotten.

Isolated, passionate, young, Geneva commits what then was an unforgiveable crime in Southern society, an inter-racial marriage and child with Zeph. She had hidden the marriage from her parents, but could not hide the pregnancy. Furious, they forbid her any contact with Zeph or the child, and confine her to the house until she recants and gives them up. Powerful personalities clash, with Geneva showing her naivety about real-world dangers, and her parents at odds with both her and each other.

Neither side moves, and her parents die without there being a rapprochement. Many, many years later, Geneva, now the last of her family, wants to set things right by her grandchild (daughter of her own daughter), but her secret is revealed before she can reveal it herself.

The historian, himself fighting to regain his good name after an incident at his previous college, walks a very thin line in bringing this story together, dealing as he needs to with the “science” behind eugenics, institutional racism, social expectations, and this line becomes even thinner when the full truth of the story is revealed.

Ably assisted by the local (and pretty, and single) college librarian, they build a relationship with the fragile Geneva, who slowly begins to trust them with her secret. Her one wish is to attend the wedding of her grand-daughter, but without having her secret reveal itself.

The story does not have a traditional happy-ever-after ending, and the human regret of leaving things unsaid becomes all too real.

I loved the historical accuracy, and feel the author brought both periods alive, for example the differing transport types in the periods, the dress codes, the social proprieties.

The main characters were well-written, and their actions and dialogue is believable and realistic.

It became predictable about halfway through, if not a little before, as the isolation of Geneva would naturally lead her to find comfort where she could.

The father was more modern than I would have credited, but that could just be my own bias.

Some pieces just didn’t ring true, but seemed a device just to get the plot moving (e.g. finding a preacher willing to marry the only daughter of a well-known local in an isolated church with no family present).

Cairnaerie is a well-written book, with engaging characters, and would be great as a holiday read. The changing world of the South is lightly but convincingly drawn. The questions raised are about loyalty, sacrifice, the power of family versus the power of society, and the reader is left to wonder how they would rise to each question.

Thanks to the author for giving me a free copy in return for an honest and objective review.

M.K.B. Graham writes literary fiction, historical fiction, and feature stories under the label McKeadlit LLC, a freelance company. Partial to the Appalachian Mountains, the author is a lifelong Virginian and part of a family whose roots to the Commonwealth run deep, stretching back to the 1700s. Graham, a graduate of Virginia Tech, has worked as a writer for two Virginia universities and as a former associate editor of Virginia Tech’s signature magazine. The author lives and writes in the beautiful and historic Shenandoah Valley. She is fascinated by old houses, earlier eras, particularly the 1930s and 1940s, and the influence of families on history, much of which informs her writing. 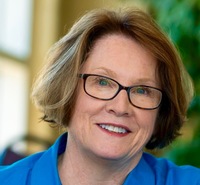