Teri has been reading The Royal Deal by D.G. Driver

D.G. Driver’s books have always captivated me, and The Royal Deal is no exception.  I generally prefer darker fairy tales, but I liked the sound of Princess Faith.  Although headstrong, determined, and spontaneous, she just wants a chance to control her own life.  Ill-prepared to survive in the forest, perhaps she should have thought things through a little better before striking a deal with her father, the King, but whatever the case, you have to admire her chutzpah.

With the appearance of the hermit, I wondered if this would take a turn toward Beauty and the Beast, but I was glad to see that it didn’t.  Not that I have anything against Beauty and the Beast, but I was hoping for more originality than ‘they lived happily ever after’ – and that’s what the author delivered.  I felt the ending was abrupt, but satisfying.

This isn’t a sparkly fairy tale with the prince rescuing the princess – it possesses a more modern spin, with the princess learning independence and building self-esteem.  The Royal Deal is a charming tale that takes only a couple of hours to read at the most, and I’d recommend it to both fans of traditional fairy tales and those who are looking for a different take on the standard stories.

I received a digital copy of this book through Rosie’s Book Review Team. 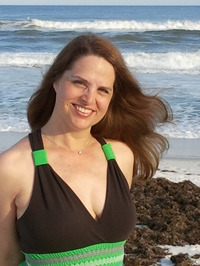