Terry has been reading The Happy Chip by Dennis Meredith 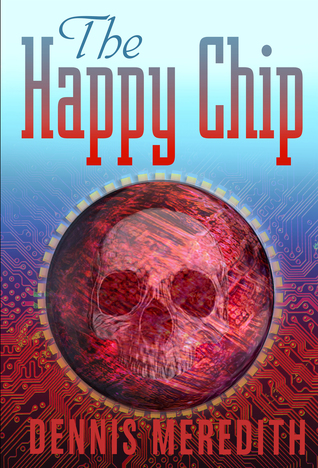 THE HAPPY CHIP by Dennis Meredith

Freelance writer Brad Davis has been employed at no small cost by scientific genius Marty Fallon to write his autobiography.  Fallon is the inventor of ‘the Happy Chip’, a device injected into the body that works alongside an app to determine which products, sensations, sights and just about everything else give the individual the most pleasure; it’s the ultimate in the pursuit of happiness.  In order to qualify for his big pay day, Brad must have the chip inserted himself.  However, Brad is unaware that he has been given a new prototype that contains a GPS tracker, with more control afforded to NeoHappy, the company that produces the chip.

The idea of this story is most original, and also feasible; I imagine that if the Happy Chip hasn’t already been invented, it soon will be – and yes, I should think that if/when it is, millions will flock to use it, never suspecting that such a development can be used to control the mindset of the population.  It is so very sinister because it is plausible.

Brad is 50% a-bit-naïve-ordinary-guy and 50% sceptical investigative journalist.  After only a couple of days, he suspects he is not being given the full story, which bothers him not least of all because he is anxious to produce a credible biography.  He discovers that (surprise, surprise), the pleasure ratings of some products are tampered with to favour large corporations.

I was up and down about this book all the way through.  It’s a great premise, the plot is fairly well thought out, the pace is good, and the science/techno side is interesting and clearly well-researched, though I did feel it could do with a tighter edit.  There were a bit too many happy coincidences (like Brad just happening to have interviewed a magician who showed him how to escape when one’s adversary has bound one’s wrists with plastic zip ties).  Most characters talk in much the same way (for instance, every character prefaces sentences with ‘Jesus’ to denote emphasis or shock), aside from Lundgren, who is such a text book villian he practically twirls his moustache and laughs in a sinister fashion before delivering his body blows, and the cartoon-like Russian, Gregor Kalinsky.  But… Brad is likable and much of it is highly readable.  And I kept coming back to one thing ~ the basic story is right up my street, so I wanted to carry on reading to see what happened.

I think this would work well as a 24-type thriller series or a film, for which the viewer knows there will need to be a certain amount of belief-suspension; it didn’t quite tick my personal reading boxes, but I am sure it will be enjoyed by those who love plot-centred thrillers of this type. 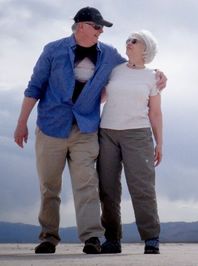