Cathy has been reading Jonah by Carl Rackman

Carl Rackman is rapidly becoming one of my favourite authors. His debut novel Irex, was published in 2016, closely followed by Voyager, and now we have Jonah, a suspenseful and compelling thriller.

In a foreboding prologue the crew of the Royal Navy Destroyer, HMS Venator, spot a Nazi U-Boat showing no signs of life, just sitting on the surface of the ocean. Seizing the chance to get rid of the enemy vessel they were not at all prepared for the hair-raising behaviour of the few survivors.

Fast forward to another ship five years later, the USS Brownlee, patrolling a stretch of the Pacific alongside the USS Mattersley, providing an early warning system against air attacks by Japanese kamikaze pilots. Twenty-one year old Mitch Kirkham was one of two gun loaders and when they are again under attack, this time by many more planes than previously, the terrified young sailors could only hope the defending Navy pilots would be able to reduce the force of the attack before the Japanese aircraft reached the ship.

For the second time ‘Lucky’ Mitch Kirkham survives an attack which kills many of his crewmates. The remaining ship’s crew become suspicious of his lack of injuries, among other things, branding him a coward and earning him the nickname Jonah. He’s subjected to victimization and bullying, finding his only real friend in Father MacGready, the ship’s chaplain. Mitch is not looking forward to the long journey back to San Francisco. But that’s only the beginning for Mitch, the troubled ship and it’s crew, as the situation aboard goes from bad to worse when the sailors become afflicted by a strange madness which causes hallucinations, murder and suicide. Mitch finds out to his cost that not everyone is who they seem.

Set towards the end of the Second World War and told in the third person, mostly but not exclusively from Mitch’s perspective, the story is tense and described vividly, particularly the problems caused by the proximity of the living and working conditions, as well as the fear and anxiety of the men. Extremely well written and researched, the plot is plausible, perfectly paced and I had no idea how it would unfold and I certainly didn’t expect that ending, despite the narrative’s ominous build up. I love the flashbacks, which tie in with certain characters, showing how events from the past have never really left them. Characterisations are distinct and well defined and the dialogue authentic. The effects of war, stress, survivor’s guilt and how subordinates are at the mercy of their superiors, are all frighteningly realistic. It’s only January but I can see this featuring in my list of best reads for this year. 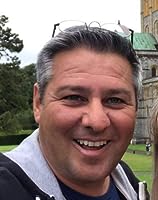 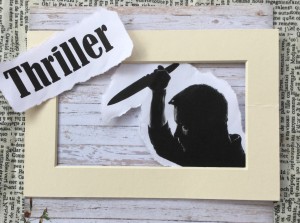 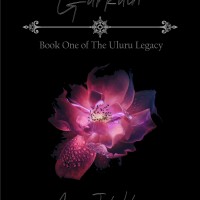