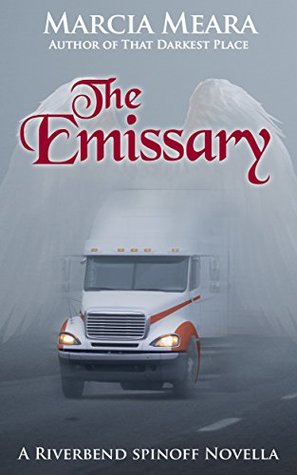 The Emissary by Marcia Meara I love Marcia’s Riverbend series, so this spin-off is intriguing

Was Gabe Angelino, the mysterious truck driver in Finding Hunter: Riverbend Book 2, really an angel, as Willow Green believes? Or was he simply a good man, determined to help a stranger in need? Find out, as author Marcia Meara reveals the truth in the first Riverbend spinoff novella, The Emissary.

An angel’s work is never done—that’s part of the gig. But angels hadn’t been created to deal with such a vastly over-populated planet, rife with misery, suffering, and general chaos. Helping souls in peril has become a nearly impossible job, and even angelic tempers are frayed.

The archangel Azrael has had enough. He believes he’s found a way to ease their burden while saving jeopardized humans, too—hired help. 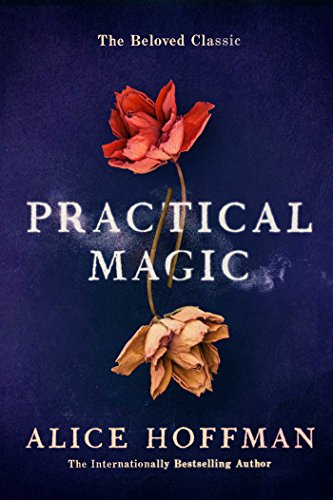 The Owens sisters confront the challenges of life and love in this bewitching novel from New York Times bestselling author Alice Hoffman.

For more than two hundred years, the Owens women have been blamed for everything that has gone wrong in their Massachusetts town. Gillian and Sally have endured that fate as well: as children, the sisters were forever outsiders, taunted, talked about, pointed at. Their elderly aunts almost seemed to encourage the whispers of witchery, with their musty house and their exotic concoctions and their crowd of black cats. But all Gillian and Sally wanted was to escape.

One will do so by marrying, the other by running away. But the bonds they share will bring them back—almost as if by magic… AmazonUk | AmazonUS

The Obsession by Nora Roberts – I’m a big Nora Roberts fan and enjoy books in several of the genres she writes in.

Naomi Carson is a survivor. As a child, her family was torn apart by a shocking crime. It could have destroyed her, but Naomi has grown up strong, with a passion for photography that has taken her all around the world.

Now, at last, she has decided to put down roots. The beautiful old house on Point Bluff needs work, but Naomi has new friends in town who are willing to help, including Xander Keaton – gorgeous, infuriating and determined to win her heart.

But as Naomi plans for the future, her past is catching up with her. Someone in town knows her terrifying secret – and won’t let her forget it. As her new home is rocked by violence, Naomi must discover her persecutor’s identity, before it’s too late. AmazonUk | AmazonUS

12 thoughts on “My 3 Books for WWW Wednesday #Amreading @SamAnnElizabeth”