Teri has been reading The Angel Killer by April Taylor 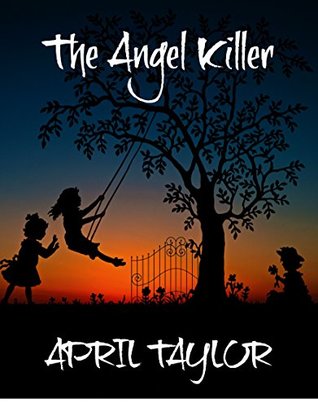 It’s been a little while since I’ve read a suspense/thriller, and with the main character having a psychic gift allowing him to ‘read’ people, this one grabbed my attention.

Deryn Steele is a likable MC, and I have a soft spot for anyone who loves their pet as much as he does.  I enjoyed the spin his gift/curse put on the story, sometimes giving him an advantage.  He’s had somewhat of a rough life, but his problems aren’t yet behind him.

This is a well-written novel offering a number of characters with varying motives for the reader to eliminate as suspects.  I have to admit, I figured out ‘who dunnit’, but the reason was somewhat of a surprise.  The author does a wonderful job at characterization, making even the supporting cast well-rounded.

Something I didn’t care for, and this is just a personal preference, is the amount of romance (insta-love) in the novel.  There was such an emphasis on the romantic aspect, I felt it overshadowed the urgency of tracking down a serial killer/rapist of 12-year-old girls.  I’d even consider classifying this as more of a romantic suspense novel.

If thrillers and romance with a dash of paranormal is your preferred brand, I’d definitely recommend The Angel Killer.

Deryn Steele has an unwanted psychic gift leftover from a near-death experience. He can read people just by touching them. His friend, DCI Harry Curzon pulls him into the hunt for the killer of blonde, blue-eyed 12-year-old girls in the Lincolnshire seaside town of Thorpe St David, the Angel Killer..
Deryn meets Terri Fordham, aunt of the latest victim, who has survived an attack. It is a shock when he cannot read Terri, but this feeds his growing feelings for her making him determined to catch the predator. It soon becomes clear, however, that this killer won’t stop and is not only still targeting Terri’s niece, but also Terri. Can Deryn keep the girl and her aunt safe and unmask the murderer?

Author of The Tudor Enigma series. High Treason in an alternate Tudor universe.