Foxden Hotel by Madalyn Morgan
My rating: 4 of 5 stars

Foxden Hotel is book #5 in The Dudley Sisters family saga. It covers the World War Two period of history. To get the most from this series, I do recommend reading the previous books as many of the characters’ stories and conflicts are concluded within the pages of this final book.

The year is now 1949. The Dudley sisters are celebrating the New Year at the recently opened Foxden Hotel. As the chimes of New Year fade, Bess is confronted by a horror from her past. She recognises Dave Sutherland, a man she hoped she’d never see again.

A few days later a body is found in the hotel’s lake and local police point the finger at Bess and her husband, but soon MI5 are joining the investigation with their suspicions about a larger fascist network.

During the war years all the Dudley sisters played out their roles; in this book they come back together in a grand finale. I liked the fact that the nostalgia was subtly sprinkled through the book. There were one or two areas of weaker dialogue used as info dumps, but on the whole the book didn’t disappoint.

The war is over. It is time for new beginnings.

Celebrating the opening of Foxden Hotel, New Year’s Eve 1948, an enemy from the war years turns up. He threatens to expose a secret that will ruin Bess’s happiness and the new life she has worked so hard to create. Bess’s husband throws the man out. So is that the last they see of him? Or will he show up again when they least expect?

Bess had hoped fascism was a thing of the past, buried with the victims of WW2. Little does she know the trouble that lies ahead, not only for herself, but also for her family.

Madalyn Morgan has been an actress for more than thirty years working in repertory theatre, the West End, film and television. She is a radio presenter and journalist, writing articles for newspapers and magazines.

Madalyn was brought up in a busy working class pub in the market town of Lutterworth in Leicestershire. The pub was a great place for an aspiring actress and writer to live. There were so many wonderful characters to study and accents learn. At twenty-four Madalyn gave up a successful hairdressing salon and wig-hire business for a place at E15 Drama College, and a career as an actress.

In 2000, with fewer parts available for older actresses, Madalyn learned to touch type, completed a two-year course with The Writer’s Bureau, and began writing. After living in London for thirty-six years, she has returned to her home town of Lutterworth, swapping two window boxes and a mortgage, for a garden and the freedom to write. 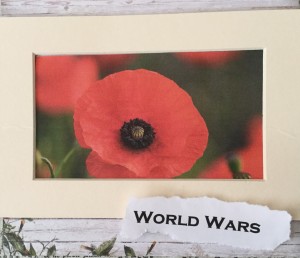