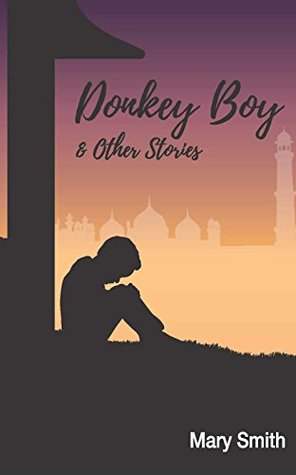 This is an interesting and diverse collection of stories, set in several locations, from Scotland to Pakistan, where the author lived for a while.  Some of them were written as monologues, which have been performed.

I liked those set in Pakistan best, my very favourite being Accidents Happen, about a girl whose mother marries a man she hates.  I liked it so much I read it again, straight away.  I also liked Donkey Boy itself, about a little boy who has to work for his father instead of going to school, and Trouble with Socks, about the sort of ghastly, patronising auxiliary in a care home who thinks that physically disabled means mentally deficient.  The last one, a longer story called The Thing In Your Eye, was interesting.  A woman believes she sees evil in people in their eyes; this left me a little unsure, as I didn’t know if we were meant to think it was all in her mind (as everyone else does), or if she really could ‘read’ people.

They’re all unusual, with a theme of private sadness.  I liked a very short one called My Name is Anya, too, about an Afghani girl adopted by Scottish parents.  They’re ideal for a nice bit of lying on the sofa, afternoon reading when you’re not in the mood for complicated plots.

Shot through with flashes of humour the stories here will entertain, amuse, and make you think. Mary Smith’s debut collection of short stories is a real treat, introducing the reader to a diverse range of characters in a wide range of locations. A donkey boy in Pakistan dreams of buying luxuries for his mother; a mouth artist in rural Scotland longs to leave the circus; a visually impaired man has a problem with his socks; and a woman tries to come to terms with a frightening gift – or curse.

Mary Smith has always loved writing. As a child she wrote stories in homemade books made from wallpaper trimmings – but she never thought people could grow up and become real writers. She spent a year working in a bank, which she hated – all numbers, very few words – ten years with Oxfam in the UK, followed by ten years working in Pakistan and Afghanistan. She wanted others to share her amazing, life-changing experiences so she wrote about them – fiction, non-fiction, poetry and journalism. And she discovered the little girl who wrote stories had become a real writer after all.
Drunk Chickens and Burnt Macaroni: Real Stories of Afghan Women is an account of her time in Afghanistan and her debut novel No More Mulberries is also set in Afghanistan.