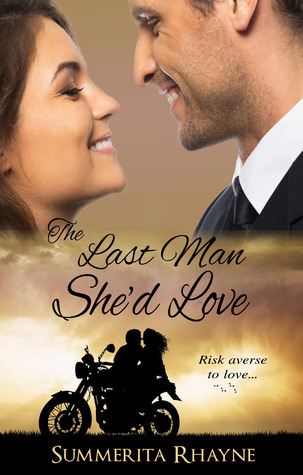 A Great Story! This is a great love story. It is light and funny, but very honest. The characters are very relatable and likeable. Guy is a business man who is not looking for a permanent relationship, but when he starts working with Lyna his attraction begins and does not let up. He begins to flirt with her and because she is reserved and engaged, she does not give in to his flirting. She feels a pull to him, but she is engaged to another man and ignores the pull. Lyna’s engagement is a business deal. She isn’t in love with Brijesh, nor is she really attracted to him. She agreed to marry him  because he promised to give her a production company of her own.

Guy is the oldest child and feels the family obligation very strongly. When he and Lyna are video taped kissing, and the video goes viral, things get complicated between the two. Lyna has issues already with her fiancé and is trying to get out of the engagement. Both families have some issues and Guy and Lyna are trying to please their families. I love Dadu and his eccentricity and keeping with tradition. He is a force to be rekoned with when it comes to the family and they all do their best to keep him happy, the only one who will stand up to him is Guy.

I give this story a 4.5 star review. If you like a book that is light and funny, but will keep you turning the pages, especially towards the end, this is a great book to read. I love the chemistry between Guy and Lyna, and the way that they each deal with their family issues is different, but gentle.

I look forward to reading more books by Summerita in the future.

When best laid plans fall apart…
Lyna is all set to marry a movie mogul, when she finds his pregnant ex at her office, begging her to break the engagement and keep her name out of it. Forced to take her flirtatious boss Guy’s help, she sets about to break the engagement. But now she’s pulled into deeper involvement with Guy.
One trouble leads to another!
She agrees to visit his palatial country house, posing as his fiancée and is drawn into the family and their antics. Sorting out who’s who takes time. A stringent grandfather, an ambitious mother, a frustrated half brother are only the beginning!
Attraction makes things complicated
Propinquity with someone as charming and attractive as Guy doesn’t help. But Guy himself is as much of a puzzle as ever. Is he the playboy she thinks him or is there someone else beneath the sardonic pose? Will she ever find out?
Will she break her heart in the process?

Summerita Rhayne writes sensual romance which is sheer escapism with lots of emotional conflict. She first got published in 2013 and has won contests with prestigious publishers such as Harlequin and Harper Collins India. Writing, she finds, is the only way to deal with the numerous story ideas bubbling in her brain which pop up more rapidly than her keyboard can do justice to. Her pet belief is that even when writing time is in short supply, if the inspiration is strong enough, the story characters get a life of their own and will find a way to make the writer pen them down. When cerebrally confronted with the sizzling interaction of two Alpha characters, the only way to get peace is write their book!

At heart, she’s a family person and even though she loves her medical teaching profession, she happily becomes a homemaker when not at work. She loves winding down with music, movies, cricket (strictly watching only) and social networking.