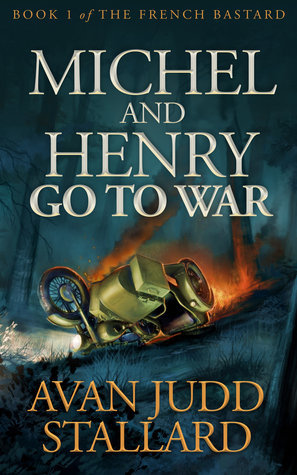 This first book of The French Bastard Series is set in France more during the First World War.  We are plunged straight into the horror and detritus of trench warfare where Michel and Henry drop into, “a trench filled with a mix of blood, shit and dead men.”  Not content to die needlessly in no man’s land, Michel leads Henry into a dangerous attack on the German gunners.  As a result of their success they are granted R & R, which they choose to take in the mountains Michel knew from his youth.

Along the way we encounter other characters including Emile, a French soldier bound for the hell-hole of Verdun, Ernie a tall Australian truck driver whom everyone likes and Kranz, a German killing machine with a mission, who treats enemy warriors with respect.  Initially Michel and Henry spend their time drinking, fornicating and using foul language, but soon they are embroiled in more perilous adventures after a breakout by German prisoners of war.  Michel is always bold and courageous, Henry, a reluctant soldier but a faithful friend.  They move from one battle to another and the book is littered with carnage including intricate detail of the anatomical damage caused to bodies by each bullet or weapon.

Their final escapade runs in parallel to the completion of Franz’s mission and it is at this stage that the plot gains pace and excitement.  There is a satisfactory denouement to a tragic story.  If you want to read about the terror and inhumanity of World War One, described vividly and realistically then this is the book for you.  If you prefer your adventures to be more sanitised then look elsewhere.

A Frenchman in the British Army fighting Germans on the Western Front? That’d be a bastard—the illegitimate son of the French President, forbidden by father to join the fray. Under an assumed name, Michel joins anyway. Except now he cannot escape the war that follows every step of the way as he and Henry—his comrade in arms—seek rest and recuperation in the mountains. Instead of wine and women, they find Germans and a secret plot to destroy France’s hub of munitions production. Cut off and outnumbered, they recruit a motley army comprising a women’s auxiliary and an old farmer with a big rifle and bad attitude. There’ll be no rest for these soldiers, not until Michel and Henry go to war. A cracking action–adventure story for fans of Flashman and The Guns of Navarone.

Avan now works as an editor—a job that was strangely absent from the TV of his youth. His TV is now a lot bigger and has more channels. He and his wife live in the north of Spain where Avan has been known to take a long winter dip in the cold Atlantic, after which his words are always slurred, though only sometimes on the page.

Along with The French Bastard action–adventure thriller series, he is the author of Antipodes: In Search of the Southern Continent, a history from Monash University Publishing, and the forthcoming novel, Spinifex & Sunflowers, from Fremantle Press. Avan continues to write novels, some of which he publishes. 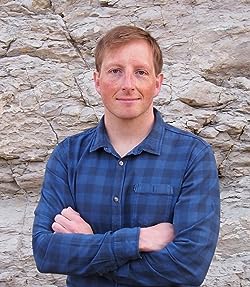