E.L has been reading A Kiss Before Killing by Keith McCarthy 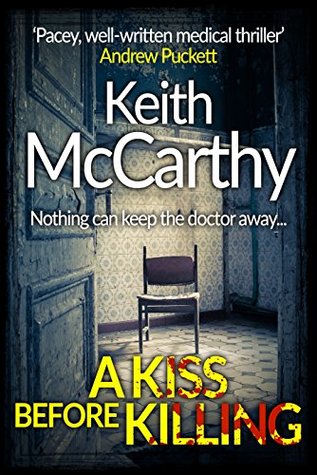 A Kiss Before Killing by Keith McCarthy is an addictive thriller that I found hard to put down. The novel is one of many featuring pathologist John Eisnenmenger although this is the first one that I’ve read.

The novel opens with the seeming suicide of a prisoner whilst in custody. The man’s death brings Dr Claire Woodforde to the attention of Eisenmenger and his former lover DCI Beverley Wharton due to her claims that his death was suspicious and linked to other unexplained deaths in the hospital where she works. McCarthy then introduces a serial killer who is leaving tortured, dismembered bodies around the city as a seemingly unconnected storyline.

McCarthy uses third person narrative to tell his story and this works particularly well as we are given an insight into all of the major characters. McCarthy’s skill as a writer is evident in the control he exerts over the complex threads that make up the plot. He creates layer upon layer of mystery and tension which evolve into an almost fever-pitch denouement. I found myself reading until much later than was sensible as I was desperate to find out how the story was going to end.

This is definitely a plot driven novel but it is supported by a strong cast of characters. I particularly liked Beverley Wharton, the tough, no-nonsense DCI who lives her life almost like a man. She’s confrontational, unconcerned about other people’s opinions of her and takes lovers as and when she pleases. She is partnered with rookie detective, Tom Bayes and their relationship is very enjoyable as they move from distrust and dislike to a positive working relationship and potential friendship.

It is through Bayes that McCarthy shows the toll that working on the front line and dealing with murder cases has on investigators. Wharton has become hardened and cynical in order to deal with the horrors she sees. Eisenmenger is obsessive in his work and self aware enough to recognise that he is probably suffering from PTSD. Bayes on the other hand takes his work home with him and finds himself questioning his future with the police force. His partner finds it hard to support him as the stresses are so unique to his job. It raises the question of how isolating and damaging it must be to see the worst of human behaviour day in and day out.

The novel also raises lots of disquieting questions about the way hospital trusts work. Under immense pressure to perform successfully, the CEO and Chief Operating Officer of the trust collude to cover up potentially damaging information about the hospital even if this means allowing murders to go unsolved. Claire Woodforde is a whistle blower but is discredited by the hospital so that she appears mentally unstable. McCarthy cleverly remains ambiguous in his portrayal of Woodforde, presenting her as an unreliable, erratic source to heighten the tension and leave the wider political questions regarding the hospital unanswered.

I found the credibility of McCarthy’s plot very unsettling which is probably why it works so well. It’s entirely plausible that murders could take place in an environment where lethal drugs are readily available and who would be more able to kill without a trace of evidence than someone with medical training? All I can say is I’m glad I don’t have any hospital visits pending.

I really enjoyed this book and if you like thrillers with lots of twists and turns that take you to unexpected places then this is one for you. 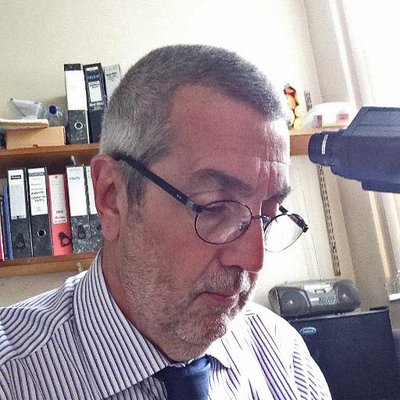