Today’s team review is from Harry, he blogs here https://harryrodell.wordpress.com/ 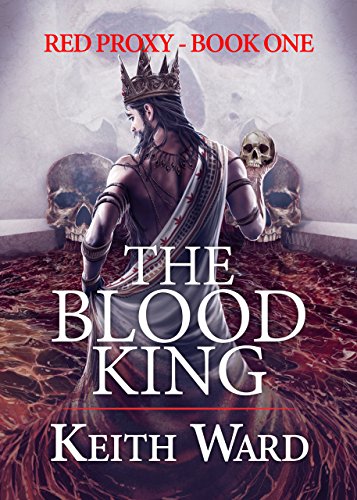 I received a free review copy of this book, to review for Rosie Amber’s Book Blog, which did not influence my opinion. I read the title over 3 weeks on the train in eBook form. I enjoyed the book overall but I have included some critique points of considerations for the author and future readers.

The Blood King is a fantasy book, with some clear potential to be a dark fantasy adult epic.

The story of The Blood King is not a long one, but is packed with events. I encountered some great character development and writing that kept me turning the pages. The world building is progressive throughout the book, not all given in one chapter, but presented through the story, which I liked; it created a level of curiosity in me. It was also very clear from the beginning that the world was medieval, gruesome and brutal. It was also very distinct of how the population was living, building some wonderful imagery.

The main character has some great nuance to her; she is not your stereotypical likeable protagonist and has some questionable attributes that will make you unsure of how to feel about her. She feels human in her mistakes and in her personality. The antagonist so far is a little more ‘typical bad boy’, though his motivations are understood throughout the book. I felt he could have been developed more, so he was not so one dimensional. There are also some great minor characters throughout the book.

Some points to consider:

The violence level: The Blood King paints a violent picture from the start; the title is very clearly violent and the front cover depicts a king literally bathing in blood. I entered the book expecting some brutality and a decrepit world, but the violence was less than I expected, aside from in one chapter, perhaps even a little tame, which disappointed me, though this could be because the book is aimed at a younger market, I am not sure. I felt the author needed to up the ante as it were, and not be afraid to make the reader squirm!

A little more time: Some chapters felt a little rushed, especially those linked to a battle or war chapter, so this point supports itself with the previous one. Little description of the battles are presented, so you do not live out the scenes from the solders perspective, only briefly. I would like to hear from the solders’ perspective, hear the descriptions of gruesome sights and perhaps hear some real war strategy.

Some other points: I really like the style of presenting chapters with a title, I think this technique can work really well for some books. However, some of the chapters are easily predictable because of the title and it spoils a little of the fun. I suggest using some headings that are a little more ambiguous, rather than using the titles to spell out the chapter’s contents.

Overall, The Blood King, is well worth reading if you have the spare time I am very interested in what happens next.

Madness wears a crown.
And when evil and madness collide, no one is safe.
Lord Fathim has ruled Walkland for centuries, and his plot to take over the rest of the world is ripening. He has one small problem, though: he’s going insane.
There is a cure. One person — Mavel, a powerful and famous Span Seer — can help restore his mind. She holds the key to Lord Fathim’s future, and thus the future of all. But will her own fears and failures stop her? Can she, or anyone, stop The Blood King’s reign of death? 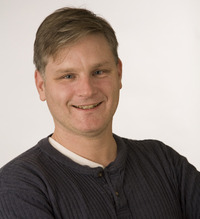 For me, writing is an exploration. I put on my virtual pith helmet, grab my machete and start hacking through my mind, trying to find stuff that’s interesting. Mostly, I just want to tell a good story — I don’t have grandiose ideas about changing the world through my prose (that would be nice, but nah — it ain’t happening).

I write mostly in the fantasy genre. I’ve loved fantasy since discovering Frodo, Gandalf and Smaug when I was still Hobbit-sized. For me, “The Lord of the Rings” represented how I wanted the world to be (heck, I’d still pay a lot of money for a ticket there, if anyone has one to sell). After that, it was “The Chronicles of Thomas Covenant”, “Sword of Shannara” and any other fantasy novels I could get my hands on. The local library was my favorite place to be. I did more traveling there than anywhere else.

I’ve written in many other genres over the years (mostly during my unprofitable screenplay-writing days), including historical fiction, mystery, thriller, western and contemporary drama. But I always seem to come back to fantasy. As a genre, it’s difficult to do, since you have to make up *everything* you write — when a character walks somewhere, you have to decide what “somewhere” is — but that’s part of the appeal for me. I get to explore much further than the confines of this reality.

Ultimately writing is part of my soul. I do it because I must. I don’t write to feel alive. I write because *I am* alive. I hope you’ll come along on the journey with me.