The Trouble With Seduction by Victoria Hanlen
My rating: 3 of 5 stars

The Trouble With Seduction is a Victorian romance published by Carina UK. It is set in London in 1855. Lady Sarah Strethford has been widowed twice; a busy lady, she wishes to shed her widow’s weeds, and have some fun. But all is not well. Her brother is pressuring her to marry again, whilst the renovations to her former husband’s laboratory have been halted by a murder investigation.

Meanwhile, the heir to Viscount Falgate, Damen Ravenhill, has been called home after his brother was attacked and left in a coma. With his father wheelchair-bound, Damen must follow in his brother’s footsteps and discover the real reasons for the attack.

In a complex plot, Damen disguises himself as his brother to flush out the culprits. He finds himself juggling a mysterious foreign lady, a fiancé , a gang of ruffians and his own feelings for the women he is told to seduce.

I really enjoyed the descriptions and action which took place in the St Giles Rookery. The depiction of this London slum and the hidden route, through which Damen sped, added a good twist of suspense. There is also an exciting element of steampunk, in that Lady Strethford’s second husband was an inventor of automations. I must warn that this book does tend towards a steamier romance than some books in this genre. I was not, however, too sure about the reference to the Kama Sutra, which, I believe, was not available in the English language until later in the century; I am surprised the editors at Carina did not pick this up.

Sarah, Lady Strathford, is ready for a little harmless frivolity with a man of her own age and her own appetites…surely that’s not too much to ask! After the death of her beloved husband years before, Sarah is ready for an adventure… Enter the dashing, roguish – and baffling – Mr Cornelius Ravenhill.

Ravenhill, however, is not the gentleman he seems, and soon Sarah finds herself battling against the corrupt and harsh world around her as it threatens to destroy all she holds dear. The question is, will her seduction at the hands of Mr Ravenhill prove to be her saviour or her downfall? 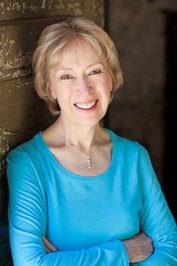 Award winning, historical romance author, VICTORIA HANLEN, has worked at a wide range of jobs, from fashion, to corporate business, to treading the boards of stage and professional opera. A lifelong writer, she once put her skills to use in PR and advertising. But her favorite form of writing is stories with happily-ever-afters.

Additionally, she likes to bake (especially pies), paint (especially barns with cows), and take photographs (especially of sunsets and critters) Victoria and her husband live in rural New England surrounded by a host of wildlife.