Recently a fellow blogger piqued my interest with a piece about online book reviews. Amongst the observations she made, she referred to the attitude authors take to their reviews. She noted that many people have different interpretations of the star-ratings. Specifically she mentioned that she had experienced some asking her to take down three star reviews which they interpreted as negative.

As an author and reviewer myself, I review every book I read on Amazon and Goodreads. I will give a book 5 stars only if it hooked me, kept me enthralled, made me want to read on, answered the questions the author posed, AND delivered a strong, satisfying end. If all those things above are present, but the end does not satisfy, I will downgrade a star rating. I think you can in some way define an author’s theme, worldview, mindset (at the time of writing, anyway) from the way they choose to end a novel.

But having said this, I will admit to a challenge when I came to write the end of my novel Mystical Circles (out in a new edition with a new cover on 5 September). Ideally I would have liked to give two alternative endings, as John Fowles did in his novel The French Lieutenant’s Woman.

I don’t like an ending which ties up all the loose strands, and which is unequivocally happy or sad. My ideal ending is bittersweet. As in life, I believe that when all our dreams are fulfilled there will always be other aspects of the situation which have the potential to cause disruption in the future. One of my favourite endings is that to Jane Austen’s Pride and Prejudice, because although the central story question is answered positively, it is also bristling with ironic little hints that life is not necessarily going to run smoothly for the main protagonist hereafter.

How I chose to end Mystical Circles was full of challenges because the raison d’etre of the story – a hothouse community called Wheel of Love who have gathered around a charismatic leader to learn how to achieve an ideal existence – derives all its emotional charge and dangerous dynamics from the psychological instability of the group members – and its leader.  The situation I outline in the novel – the attempt by a young woman journalist to rescue her younger sister from a mystical cult – could have a number of outcomes.

I think the key to a successful ending is that it must satisfy, whether it is happy, sad, tragic or bittersweet. I am conscious, too, that an unsatisfying end can undo much of the good work of an author.  As novelists the best we can do is to remain true to ourselves, to what we are trying to say within our stories. Though I admit we often don’t even know what we’re trying to say, until we’ve said it!

And back to reviews again; I love reviews of any star-rating where the reader has clearly read the book thoughtfully, and has genuine opinions to offer about plot, characterisation, theme. On Amazon the healthiest star-rating profile is a triangle with its broad side at the top. I am afraid I feel suspicious of books that have only five stars. Also I am often attracted to the one star reviews. I want to know, “What is the worst that can be said about this novel?” And, quixotically, some of the things said by the one star reviewers make me want to read the book. Human opinions are incredibly diverse, especially about books, and we must all respect that. 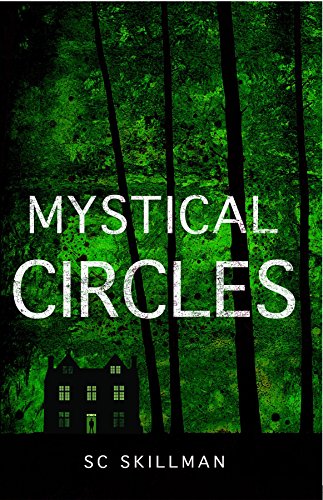 Juliet, concerned that her younger sister has fallen in love with the charismatic Craig, leader of the Wheel of Love, sets off for the Cotswolds to investigate, fearful that Zoe has become entangled with a religious cult.

She arrives at Craig’s community hoping to rescue Zoe. But  intrigues, liaisons and relationships flare and flourish or fizzle out quickly within this close circle, and despite her reservations, Juliet is drawn into the Wheel of Love… with completely unforeseen consequences. 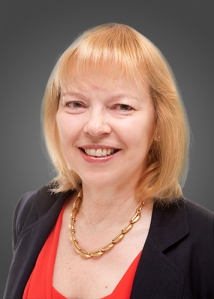 SC Skillman studied English Literature at Lancaster University. She has previously worked within a BBC radio production office and later spent four years in Australia. She now lives in Warwickshire with her husband David, their son Jamie and daughter Abigail.

You can also visit me at:

6 thoughts on “Guest #Author @scskillman talks about a good end to a novel, whilst launching Mystical Circles”