Redeeming the Rogue Knight by Elisabeth Hobbes
My rating: 4 of 5 stars

Redeeming The Rogue Knight is a medieval historical romance. Roger Danby and Thomas Carew have been earning a living as mercenary fighters in France. They are currently in Cheshire delivering a message from the King, who requests more troops for the war.

Roger and Thomas are forced to make a hasty departure from the house of Lord Harper due to an indiscretion with the Lord’s daughter. Injured by an arrow, Thomas takes Roger to safety at his family inn. Since Thomas has been away, his father has died leaving his sister and her young son alone to run the ale house.

With men still after the pair, and Roger unable to travel further, Thomas takes off to lead the pursuers away. He leaves his sister to tend Roger. Fearful of Roger, his wound and the trailing men, Lucy is reluctant to put herself and her son in any danger. She agrees to treat Roger, but shows her disapproval of his manners and his life, whilst hiding her attraction to the rogue. Roger needs Lucy to care for him while he recovers, he finds his usual charm rebuffed and in time is humbled by Lucy’s life. Forced to spend time with Lucy and her son, Roger begins to open his eyes to his past life and ask himself questions about his future.

This is an enjoyable rags to riches romance following a popular story arc and I would recommend this to readers who like clean historical romance.

The spy who sought refuge…
When injured spy Sir Roger Danby comes asking for shelter at her inn, Lucy Carew is wary. He may be strikingly handsome, but the disgraced single mother has learned the hard way with men like him. Against her better judgment, she gives him refuge.
Sir Roger has never been at the mercy of a woman before, and he’s never met one as mysterious and bewitching as Lucy. He hasn’t come looking for redemption, but Lucy is a woman who could reach in and touch his closely guarded heart… 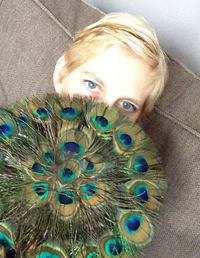