Alison has been reading Mediterranean Summer by Jane MacKenzie 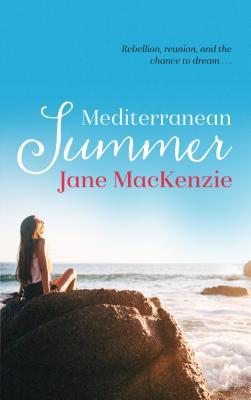 I’m a bit of a Francophile. France is definitely my favourite place to visit and I plan to move there permanently one day – Brexit permitting. So I love reading anything set in France and this novel, set just after the civil unrest of Paris in 1968, sounded intriguing.

Art student Laure is returning home to her quiet village after her involvement in the Paris demonstrations. She needs to rest and recover, and she also needs to find a way to resolve the problem hanging over her – a problem that could mean the end of her studies.

At first the peace and solitude are soothing, and Laure enjoys reconnecting with her family and her childhood friends. But her brother-in-law Daniel has a new job at the Nobel factory in Paulilles, and trainee doctor Martin, his brother and Laure’s best friend, is worried about the risks the workers there face from exposure to nitro-glycerine.

The gorgeous summer is clouded by these issues and with Laure’s worries over what has happened in Paris. Then Martin’s cousin Robert, a lawyer from Paris, offers to help. The novel focuses on these relationships – between Laure and Robert, Laure and her family, and Laure and Martin’s family.

There is romance here, and conflict, and at the heart is a girl trying to find her place in a changing world. Laure is a lovely main character, and the interactions between the characters are well-written. There are some beautiful descriptions, of the little towns, the gorgeous countryside, and, of course, the wonderful food, and this part of France is really brought to life through the writing.

It’s a gently-paced read, which works well with the setting. However, it was too slow at times, and, while the descriptions were beautifully done, there were places where they went on for too long, and I did find myself skipping ahead. I do feel that this novel could be quite a bit shorter.

It was also a little difficult to keep track of the many characters and their complicated relationships – though it was worth persevering. The writing was a little too formal at times as well, and came across as a little forced and unnatural. However, on the whole this is a lovely novel, just right for a summer read.

‘Beautiful artist, beautiful woman, and beautiful lover.’
May 1968 and Paris is hot with rebellion, passion and hope, as protestors clash with the riot police. Brilliant art student Laure stands boldly on the barricades, heady with her new-found defiance, and is swept into romance with Lolo, the fascinating student leader. But youthful rebellion comes at a cost.
Two months later, the excitement is over. Laure heads home for the summer to Vermeilla, her picturesque Mediterranean village. She looks forward to the simplicity of village life, and to a summer in the sun with family and friends, but is aware that the new Laure may shock her little Catalan community.
But even Vermeilla isn’t protected from the forces of change. Shadows hang over both Laure and her village haven. Can she battle the menace that has followed her from Paris? And can she trust Robert, the aloof lawyer who may be the only one who can keep her safe? 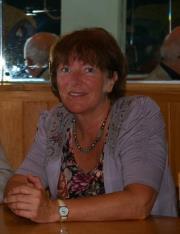 Jane MacKenzie has lived an exceptionally adventurous life, working in such far-flung corners of the world as the Gambia, Bahrain, and Papua New Guinea, and Switzerland and France nearer to home.
She is as much at home teaching in an African village as organising the research budgets of Nobel scientists, and is a natural linguist, picking up languages wherever she has lived, to complement the fluent French from her first degree in French Language and Literature.
She is an entrepreneur, an international expert in education, and latterly helped transform the UK Government’s Office at CERN in Geneva during two years as its Head. In her fifties Jane turned to writing novels, for a new challenge, and to fulfil a long-held dream.
Jane splits her time now between her homes in the Scottish Highlands, and in her beloved Catalan village in France, the region where her three novels have been set.