Scorpio’s Sting by Trish Jackson
My rating: 3 of 5 stars

Scorpio’s Sting is a romantic suspense set in San Diego. The story revolves around the fight to stop the trafficking of drugs and humans across the US border from Mexico.

Drew McBain has invented a virtual minefield system to detect drug cartel movements at the border, and repel those who try to enter the US illegally. However, the head of a dangerous cartel sets out to stop the Government from implementing Drew’s system.

Special agent Cornelia ‘Neelie’ Nelson has past links of her own with La Serpiente Coral cartel. But she suspects that she may now be in danger when a strange car follows her home each day.

When the cartel go after Drew’s family, his business and his home, he seeks revenge. A friend tells him about a gang of vigilantes called Escorpio, and reminds him of the scorpion tattoo a stranger once inspired him to have. Drew decides to stop Iglesias one last time.

This is a topical subject and the author has made a good attempt to show the control the cartels have and how hard it is for law enforcement to act. Mixed with the intense subject matter is a hot passion filled romance between Neelie and Drew.

I enjoyed the drug cartel storyline, with the dangers and the passions it flared amongst the victims and others who were in the pay of the drug lord. However, I wasn’t so sure about Drew’s character jumping from a technical inventor to a crime fighter. At times there were too many sloppy words and actions from both Neelie and Drew, regarding safety and security which took the edge off the building of suspense. Both were in roles where they should know that loose talk costs lives, and, as Drew’s friend Dan says: “Everyone has a price.”

Overall an interesting subject matter, I found the romance and the suspense both vying for lead and think the book may have worked better, for me, if the romance had been more a subtle sizzling possibility.

ICE Agent Neelie Nelson and Drew McBain have a habit of meeting in strange circumstances.
Targeted by la Serpeinte de Coral Cartel and the most powerful and ruthless drug kingpin in Mexico, Drew reels from heartbreak after catastrophic heartbreak. The desire for revenge festers while he fights to rebuild his life and protect what is his.
Neelie has never been able to forgive her deceased husband for his unmitigated betrayal, and for his lack of forethought that has put her and everyone she cares for in mortal danger.
Anger, fear, and a mutual passion for revenge fan the flames of their smoldering desire and then a desperate situation forces them to act against the cartel. But how can they match its power? 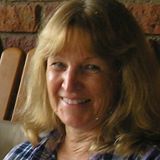